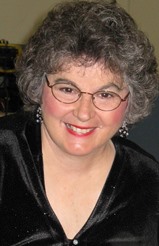 Last night I was thinking in bed. That time when you body is sleepy but the brain never quits. There is no death. That is what I concluded. When our soul leaves our body, it is instant. We go from physical to invisible in a flash..to live forever. Many who pass over watch their own deaths as they leave before they actually pass.

When my dad was in hospice, on his last day on earth, I came in to see him, and I just felt his soul had left his body. He didn't move all day. After he passed, when I called Jan to let her know, she said she already knew.., because he came to visit her in Oregon at around 1 30., 4 30 Eastern time. He said he left hospice, said hi to Jan, and said later we, back in hospice would be discussing numbers. I didn't know this, till after he finally transitioned..when I called Jan. The numbers? yes we had a discussion, the fact that he died on 8 22 AT 8 22 pm. We feel he did that on purpose. 🙂

So we as mediums don't talk to dead people. 🙂 Our language sometimes needs readjusting. Ex. When we are speaking about someone and they show up, we say, Speak of the devil. I now say angel. Love him to death.. I now say life. This food is to die for, I now say live for. Maybe there are more we can share?
Judith