Always Looking: People Who Made A Difference XV

Dorothea Lynde Dix (1802-1887), teacher, author, international advocate for improved treatment of mental patients, was one of the most visible humanitarian reformers in the 19th century. Born in Maine, Dorothea ran away to Boston when she was 12. Unusually mature and bright, at 14 she started a series of successful private schools and eventually wrote several popular books for children and parents. Her best known, Conversations on Common Things, 1824, was designed to help parents answer children's basic questions.

Her work was driven by deeply felt moral sensitivities, but for a time she struggled to find an appropriate religious context. She was seeking an emphasis on the goodness of God, purity of heart, openness to new knowledge and responsibility for the good of all society. She had a deep suspicion of doctrines and creeds, did not like theological abstractions and felt nearest to God when she was involved in specific actions that resulted in measurable good effects.

In 1841 Dix was asked to teach a Sunday class in the East Cambridge jail. What she encountered shocked her and changed her life. The jail was unheated. Hardened criminals, feeble-minded children and the mentally ill all occupied the same quarters. Dix got a court order to provide heat and make other improvements. The experience made her check jail and almshouse conditions in other areas of Massachusetts. When she learned that the mentally ill were commonly housed with felons, she embarked on a mission of reform, calling for decent accommodations for those suffering from mental and emotional disease.

At a time when women seldom traveled alone or attempted to influence legislation, funding, or the regulation of public institutions, Dix conducted one of the earliest social research and reform projects in the United States. She found the mentally ill chained in cellars, living in accumulations of their own excrement and often suffering from the cold. Based on her observations, she crafted a powerful memorial that was presented in 1843 to the Massachusetts legislature, which then allocated funds for a large expansion of the State Mental Hospital at Worcester. A major victory for Dix and for the insane poor of Massachusetts, the act stimulated similar efforts in New York and New Jersey, then other states. Hospital after hospital was erected, and additions and improvements made to existing facilities.

Dix insisted on a therapeutic setting for the curable insane and a humanely comfortable setting for the incurable. She hated custodialism, arguing strongly that the mentally ill should be provided therapy, books, music, recreation and, above all, meaningful work. From 1848 to 1854, she developed, then lobbied for, a plan to federally endow a program for the blind, deaf, mute and insane. The plan passed both the Senate and the House, but President Millard Fillmore failed to sign it before his term ended and the new President, Franklin Pierce, vetoed the bill.

Discouraged, Dix traveled to Europe to rest, but once there, she soon learned of the great disparity between private hospitals for the wealthy and miserable public facilities for the insane poor in Europe. Again, she set out to investigate and agitate for reform. From 1854 to 1856, she traveled 14 countries and successfully instigated many changes.

Back in the U.S. in 1856, Dix resumed her reform work, but now the country was torn over the slavery issue. In 1861, as the Civil War began, Dix volunteered and was named Superintendent of U.S. Army Nurses, organizing first aid stations, recruiting nurses, purchasing supplies and helping set up training facilities and field hospitals. After the war she helped trace missing soldiers, wrote letters to families concerning the status of their sons, and helped soldiers secure their pensions.

Although much of the reform work Dix accomplished had to be redone by later generations because of the ravages of time on facilities and programs that were overwhelmed by massive immigration and inadequate budgets, her groundwork set a new, permanent standard by which to judge the way we treat the mentally ill.


Adapted from an article by Wayne Viney at http://uudb.org/articles/dorotheadix.html.

Researched and compiled by John I. Blair.
Pic of Dorothea Lynde Dix at bottom of page. 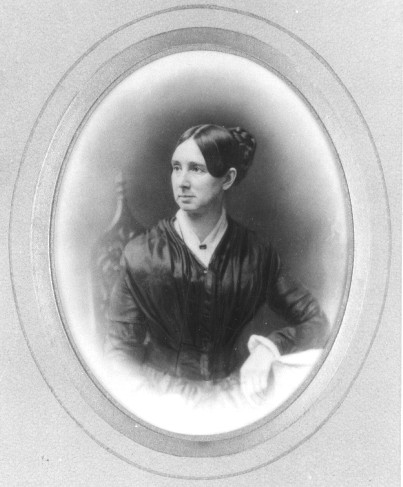