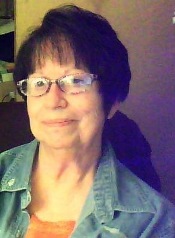 "It is by the goodness of God that in our country we have those three unspeakably precious things:
freedom of speech, freedom of conscience, and the prudence never to practice either of them."
--Mark Twain

One thing high in the list of values taught in the home of your editor's parents was Patriotism. When WWII began Daddy was not considered for the draft being an only son and having three daughters, yet he burned to do something in the efforts being made to win the fight against intolerance and imperialism. Mother, always his helpmate, burned right along with him and the decision to lend their skills in the Vancouver, Washington, shipyards was firm though not an easy one to make. Mother's brother Jackie Oakley Joslin had not been drafted yet, and chose to go with Daddy leaving Mother to finalize arrangements to rent our home to an officer from the Pyote Air Base, transfer our livestock (which was allowed within city limits at that time) to Grandmother's home in Royalty some 18 miles south of our home. Then trip plans had to be made and one of Grandmother's neighbors was from the Washington area and it was decided that he would accompany Mother and we three girls and do the driving. That fizzled out just north of town and before we got out of Texas as he confessed that his eyesight was not worthy of driving but he would be our navigator, so on we went to Washington state with Mother at the wheel.

Daddy, a pipe fitter, became a welding inspector as his own welding skills were superior and his knowledge vast and he was able to help the new welders be able to become skilled enough to work on the aircraft carriers that they were building...called baby flattops as they were smaller and faster than the older models. Uncle Jackie also worked on the ships as did Mother who became foreman of her own crew being a Journeyman Electrician and an expert with blueprints. She and her crew crawled within the bulkheads marking and installing the electrical circuits according to the blueprints they were provided. They worked until after the war was ended then came back to Monahans; however during that time, Uncle Jackie did get drafted so he was in the Army. They never regretted their part in helping the war effort and we girls were taught to appreciate military service. My own chance to exhibit Patriotism was a few years later, when we had a parade locally to celebrate VJ Day, and I rode on a float seated on an ice block throne that Daddy had enhanced by freezing red roses inside the arm blocks. He was by then the manager and co-owner of the Permian Ice Plant. My white formal did not keep me warm but our Texas summer and my enthusiastic heart did.


May your Fourth of July be celebrated happily, safely, and with Patriotic regard.

Melinda Cohenour's "Armchair Genealogy" pens a discourse on the many sources that can add to your family tree, with "Genealogy, Communications, and Science Or How Our Lives Have Changed!" citing word of mouth, family letters and notes onward to current DNA technology data.

Charlene Cowley admits to a fascination that nears obsession when it comes to the World Cup which she discusses in her column, "A Way with Words" and how watching it brought home a lesson she shares. Thomas F. O'Neill talks about some of the differences in Chinese and American cultures in his "Introspective."

"Cooking with Rod" by Rod Cohenour helps plan a way to celebrate the 4th of July with a great meal and still stay out of the heat. Judith Kroll aka Featherwind lauds the use of cameras and features one of her poems in "On Trek."

Mattie Lennon's "Irish Eyes" updates the Listowel Writers report and includes many pictures to illustrate his news. Dayvid Clarkson's "Reflections on the Day" treats us to another of his haiku's and his uplifting thoughts about how to enjoy each moment of being who and where we are in life.

If Pencil Stubs Online were a horse race, LC Van Savage's compositions would score her a Trifecta as she has poetry, story, and her column in this issue: "Falling Stars, Dying Stars," "The Catholic and The Agnostic," and "Consider This" filled with "Hats! Glorious Hats!"

Bruce Clifford's new occupation keeps him hopping but he managed to send in "Is It You or Is It Me," and "Perfect Day." Bud Lemire's poems, each accompanied by his own photographs, are "Snowy White Owl," "Play It Again, Jerry," "The Tree of Genealogy," and "Springtime in Da U.P."

John I. Blair submitted the following poems: "Blessed," "Consciousness," "Crepe Myrtle," "Moon and Evening Star," "On The Steps," and "The Choice." The Dayvid Clarkson poem is couched within a lovely photo suitable to the title "Arise Spirit of Mine."

The article is a tribute to Leo C. Helmer for all of the research he conducted and presented, concerning music and the people who perform, through his years with the eZine. He loved all kinds of music but undoubtedly Country Western struck a chord in his heart. The many links are to the stories he did, and each holds a wealth of information that he hoped to preserve as it seemed in danger of being lost forever. Because Art Greenhaw with The Light Crust Dough Boys named Helmer as a Lifetime Honorary Member of the long time musical group, this article carries the latest announcement for them. Please enjoy and use the links from "Leo Loved Music." 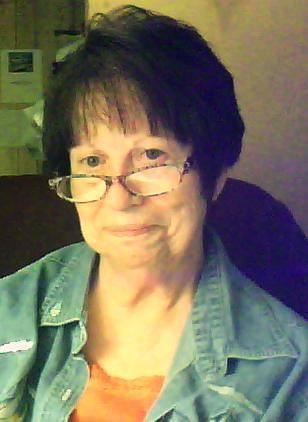