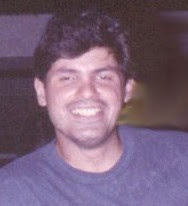 By Thomas F. O'Neill
I have been living in China now for ten months and I am still not completely settled in. I still receive emails and text messages from people I know in the United States. I answer their emails with blunt honesty because there is such a contrast between Suzhou China and my hometown. There are so many depended on the Welfare system or monthly disability checks in my hometown of Shenandoah located in the heart of the Pennsylvania Coal region. The poverty there is doing havoc in that region especially where I grew up.

People there are feeling beaten down with little or no hope of escape. The outward migration by the college bound youth seems greater than the people moving into the region for the cheap housing. China’s economy is a complete contrast because it’s booming. There are over 365 Million people within China’s middle class. They are spending money which is causing the economy here to grow exponentially with no end in sight.

There are more people in China’s middle class than the entire population in America. The Middle class in America is shrinking and people are afraid to spend money because of the high unemployment and the uncertain Job market.

I am currently living on a residential Visa in China and I can live here for as long as I want provided that I am working and paying taxes. I have no planes right now on moving back to the States but at the same time I would never give up my American citizenship I will always be an American. China on the other hand has been very good to me. I will always respect China because China has provided me with so many opportunities.

When you tell the average American that the middle class in China average about $12,000 a year in U.S. Dollars, they will tell you that’s peanuts. What they fail to understand though - $12,000 in U.S. Dollars will provide you with 81,600 Yuan here in China. That is the equivalent of someone in the U.S. making approximately $93,000 a year. With the one child policy in effect here a Chinese couple can raise a child and provide that child with boundless opportunities. The opportunities that many in the Pennsylvania coal region feel are beyond their reach.

The Suzhou Foreign Language School is providing me with a free apartment on campus and I get all my meals for free in the School Cafeteria. Food here is very inexpensive though. You can eat in a restaurant and get a large meal for less than two American Dollars. If I wanted to rent a nice apartment in the City I could do so for less than $300.00 U.S. dollars a month. You can get broadband Internet Service for approximately $100.00 annually. The Internet however is highly censored by China’s government so many foreigners like me use a VPN Service provider (Virtual Proxy Network) to bypass China’s Internet firewall. The School provides me with free internet service I only have to pay for the VPN server; it cost me $100.00 U.S. Dollars a year.

One American Dollar will provide you with 6.8 Yuan in Chinese currency.

I bought a Sony Vaio Laptop computer here for 5,200 Yuan which comes out to approximately $764.00 U.S. Dollars. That Laptop if I bought it in the U.S. would have cost me approximately $2000.00 because of all the software that was included. The only problem I had was finding the Windows 7 operating system in English. I wound up purchasing a bootleg copy of the Windows 7 that was in English for approximately $29.50 in U.S. Dollars. I then had to purchase a new product key off of the Microsoft website. Software pirating is very common in China there is no intellectual property rights here.

The Chinese Government at the moment is angry with the U.S. due to President Obama threatening China with trade sanctions. China is deliberately devaluing its currency by artificially keeping the Yuan below the global currency market. The low value of the Yuan gives China a trade advantage. They have the ability to export more low priced goods.

China right now is exporting half of the world’s steel and 40% of their electronics are purchased in the U.S. Many American companies feel they can’t compete with China. The Chinese companies are selling higher quality electronics at lower cost. China also holds $1.5 trillion of our nation’s debt they loaned America that money to keep our economy from collapsing.

The Chinese Government feels America is trying to force them to solve our problems due to our inability to stabilize our sluggish and faltering economy. At the same time they realize that their economy in order to continue to grow is dependent on America’s economy rebounding.

I also found that many Chinese believe in Karma due to the Buddhist influence on the Chinese culture. I had extraordinary experiences with people walking up to me in train stations and Airports helping me with my luggage. When I offered to tip them they refused to take my money. On the opposite end of the spectrum I was overly priced on merchandise such as clothes because I am foreign. It is a common practice for the Chinese to overprice foreigners whenever possible. The Chinese in bars and restaurants on the other hand refuse tips for their services.

When I arrived here I was told that the Chinese women are much more loyal and devoted to their men than American woman. I find however that they are not all that different than American woman. Our western culture is having a huge impact on China, due to the popularity of American movies and our music. Some American TV shows have become extremely popular here as well like ‘Friends,’ ‘Prison Break,’ and the ‘Simpsons.’

My Students always ask me for my opinion on China’s future.

I’ve told my students on several occasions that it will not be that long when China is the top dog on the global market. After all it was the Chinese that wrote the extremely popular book ‘The Art of War’ written nearly 2,500 years ago.

The book’s strategic outline for succeeding in battle is now being applied on the global business market. The Chinese word for Intelligence can also be used for deception and clever. The Chinese like to use deception to out maneuver and get the upper hand on their opponents. The devaluing of their currency is a deceptive and clever way of getting an upper hand on their global trade.

President Obama by threatening to impose trade sanctions on China is exposing our nation’s weakness rather than negotiating through strength. Threatening China is not going to force them to comply with our President’s demands because China knows they have the upper hand.

I will predict that China's economy will continue to grow to the point where they will be the world’s number one exporter. I think it is inevitable that they will eventually becoming the richest Superpower. I believe this will happen in my lifetime.

I also tell my students it is a great time for them to be alive because they are going to witness extraordinary economic and technological changes in the world. I can’t even imagine where China will be in just ten years from now. Will I be here in ten years? Only time will tell. If I am still here a decade from now I will still be referred as Tom the American foreign teacher and that is fine with me.

Other articles, short stories, and commentaries by Thomas F. O'Neill can be found at the links below.

Click on author's byline for bio and list of other works published by Pencil Stubs Online.
Posted by MaryE at 6:28 PM