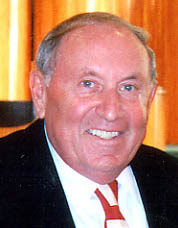 By Gerard Meister
The civilized world is under world wide attack by Islamic extremists. The recent attack in the Moscow subway marks a new strategy by the terrorists in that for the second time the suicide bombers were women. What frightens me about this is that basic western chivalry towards women will permit more female terrorists from slipping through the cracks for fear that rigorous searches, i.e., bomb sniffing dogs, full body scans and questioning will be “softened” for distaff subjects.

Clearly, something has to be done and done soon to keep our subway systems safe. New York and Washington DC are particularly vulnerable because both are high priority targets. The first thing I suggest is that women clad in burqas NOT be allowed in trains, planes, buses, shopping malls, large stores or schools. (France has already banned burqas from being worn in public!)

Further, wearers of the hijab (traditional headscarf) should be subjected to extra scrutiny in all public places whether through questioning or full body search. Additionally, we are going to have to issue a national I.D. card where no one (including Chasidic Jews) will be photographed with a hat, skull cap, yes; but head covering, no!

And yes, it will be tested in the Supreme Court where there is always the chance that the idea will be shot down. But the mere fact, that our country – the most freedom loving country on the face of the earth – saw fit to take such drastic steps might jar some Muslims into giving authorities a heads-up before the bomber can wreak his or her havoc. So far to my knowledge this has not happened one single time!!!!!!!!!!!!!!!!!!!!!!!!!!!! Nothing short of American Muslims stepping up to the plate and becoming part of the solution will have to happen if they want to live amongst us without being defrocked or shunned.

It is painfully ironic that through my business connections I probably know more peaceful, hard working Muslims than any reader likely to read this. And it is to them that I say: it is no longer acceptable to say that you condemn violence, that killing innocents is not what Islam is about. You have to do more, much more and I hope and pray that you do. America needs you.

Click on Gerard Meister for bio and list of other works published by Pencil Stubs Online.
Posted by MaryE at 4:58 PM