By Michael John Fierro
This year, on July 4, 2014, the United States enters its 18/9 Personal Year. The 9 Year is the end of the current nine-year cycle and will bring to a culmination and end some of what was begun in 2006. As with all 9 Personal Years, it would be incumbent upon our the country to eliminate many of the difficulties, problems and conditions that no longer serve the common good. While it is not my place to list these things, I am sure that many of those of you who are reading this article may have a good idea of what exactly those things may be.

This would be a good year for this country to move away from a world perspective of war and aggression and towards one of peace and tolerance. Under the influence of the 18/9, the United States could once again become a true leader of humanity working from a place of responsibility, brotherhood and Universal love. If this country is going to proclaim itself the leader of the world and a shining example for other countries, then this year would be a great time to get back on-track with appropriate behavior(s). The influence of the 9 is a perfect time to do away with attitudes and actions that no longer serve the common good. It is time for America to shed its mantle of solving problems with guns and aggressive actions and take on the mantle of humanitarianism, benevolence and selflessness (in many ways the President has been attempting to do just that yet sadly, the political partisanship and hawkish nature of many makes such moves the object of scorn and ridicule).

In that regard, the 18/9 will also lend an intense emotional component to discussions which may ratchet up the political discourse to an even louder and more divisive level. There is certainly a caution against acting in an impulsive fashion. Thought and consideration must be given to all situations with the goal of a humane and loving response to the issues that arise. As is the case in all 9 Personal Years, it is very important that strides be taken to rid ourselves of the conditions and situations that no longer serve us for we run the risk of said situations exacerbating if carried forward into the next cycle that will being on July 4, 2015. The 9 Year embraces an attitude of giving and receiving thus this year would be a good time to get the dialogue back on-track to a more understanding and compromising nature.

During the course of this year, the United States needs to do some self-examination and take an inventory of behaviors and attitudes that no longer serve the greatest good. Being under the influence of a 7 Universal Year until December, the time is right for contemplating and researching new methods of problem-solving and creating a feeling of unity. In January, when the world moves into an 8 Universal Year, it will be time to put plans into action and move forward to accomplish the goals that are set.

The country needs to take a good look at its policies both domestically and internationally and move towards a compassionate and all-inclusive approach to matters. Respect must be paid to all and an understanding must take root that everyone is deserving of the same rights and privileges with no exceptions. The 9 demands a tolerant, philanthropic and altruistic vision and now would be a good time to begin to lay the groundwork for moving forward through the disposal of anything that stands in the way of such attitudes. We must become more forgiving.

While all of this is necessary within government, it will be brought about through the personal efforts and behavior of each and every citizen of this nation. Be the change you would like to see and do what you can to foster that change. This is the task that lies before us (the country and its citizens) in the year to come.

Michael John Fierro is a Numerologist and the author of YOU KNOW YOUR NAME...LOOK UP YOUR NUMBERS. More information is available at www.michaeljohnfierro.com 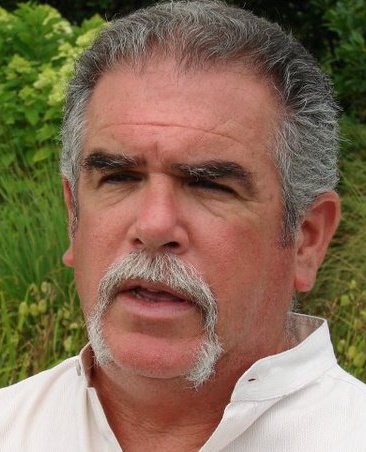