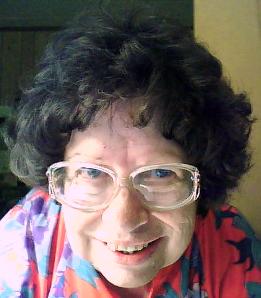 " Death is not extinguishing the light; it is putting out the lamp because dawn has come." - Rabindranath Tagore

A Facebook friend, Ada May Brown said, "Mr. Frank Buckles age 110 passed on yesterday. He was the last surviving US soldier of WWI. An ambulance driver of that war, who would at 108 speak before Congress to insure his generations service was not ignored. What an amazing thing to live to see planes become a reality, cars instead of buggies and man on the moon."

Not many of us will reach such a revered age, yet they tell us that our children have a better chance than we to do so. More power to them if they are able to represent the best of the generation and stand for some ideals the new generations can appreciate. Would that each of us could inspire at least one youngster to walk the right path successfully.

Meanwhile here in West Texas and the southern part of New Mexico, the Weather Service reports 5,000 acres were burned by the Hockley County wildfire, which is now 100 percent contained. Three homes were lost in the blaze. At one point the entire city of Borger was being evacuated. These fires were fed by winds in excess of 70 mph gusts, taxing the fire fighters expertise and stamina. In the panhandle, wildfires burned thousands of acres and dozens of properties in the Amarillo area. Fires destroyed or damaged 30 homes and about 27 other structures in Mesilla Park. Another 20 homes burned in Potter County. The Amarillo Globe News reports more than 150 firefighters and 50 trucks were used to fight the flames in the area. The Southeast New Mexico blaze took out three buildings as more than 30,000 acres were reported scorched across Southeast New Mexico. The blaze started about 12 miles north of Maljamar jumping highways 206 and 457; as it moved east, between Lovington and Tatum, 29 fire units responded. In the Permian Basin, near Midland on I-20 (closer to home) an eight-car pileup in the thick smoke and dust is blamed for one death. Also, a firefighter is reported to have sustained second-degree burns battling a blaze in Colorado City.

Out in this part of the two states that are desert areas with very low rainfall, there are not many natural fire breaks like mountains, gulches, lakes or rivers making it flat enough that the wind sweeps across everything rapidly.

This issue we lack the talent of John I. Blair because not only is Clara in hospital, John is also having some medical tests and appointments himself. Adding to Prayerlists for both of them!

Bruce Clifford's musical poems are "I Will Always Love You as Big As The Sky," "Living In A Dream," and "The Love I Have for You." Yours truly adds a couple more poems, "Laundry Day" and "What Is."

Mattie Lennon includes an entry form for a special literary contest in Ireland, and explains all about "Slaggin'" in his column "Irish Eyes." Thomas F. O'Neill in his column "Introspective" tells a story of a Shenandoah miner. Gerard Meister ("Thinking Out Loud") humorously updates us with his on-going battle with technology.

"Angel Whispers" by Peg Jones, reminds us we have only to ask. "Consider This" in which LC Van Savage tells it like it is about commercials, while her article, "On Babushkas and Elitism" strikes a different note.

Leo C. Helmer, brings both his column, "Cookin' With Leo" and an article "Labor Unions in the United States," explaining some things about unions and the organization benefits that many do not understand.

See you in April.