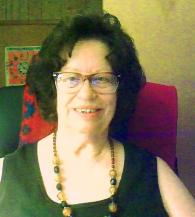 The path of least resistance makes all rivers, and some men, crooked. -Napoleon Hill, author (1883-1970)

Since May was such a busy month, (included travel to San Antonio's RiverWalk to celebrate May birthdays with Leo's daughter) one could hope for some peace and quiet in June, but don't hold your breath.

Everyone is trying to line out vacations, but this area is so full of people from every state and a couple other countries just looking for a place live because of the oil boom. When the school had Kindergarten Graduation yesterday there were probably a thousand cars there. Some were single drivers, but most had at least two and some were filled with families. This graduation included one of the great granddaughters of yours truly from kindergarten, while another graduated the 25th out in S. Carolina, from High School and is college bound. Bless, bless.

Our authors, including Leo, have slacked off for the summer, so no cooking column in this issue, and LC Van Savage isn't here either. However, Peg Jones with "Angel Whispers," John I. Blair with "Always Looking," Mattie Lennon with "Irish Eyes," Thomas F. O'Neill with "Introspective," and "Eric Shackle's Column" by him include a lot of info. Eric also has an article for June, the timely one about the possible demise of shortwave radio broadcasts, "BBC Overseas Service May Be In Peril."

Poems include two by John I. Blair, "The Furry Gift" and "Anole." Bruce Clifford shares three of his, "Never Let You Go," "Secret Life," and "Walking in Glue." Bruce's daughter Brooke who has written for us in the past finished her College, so another graduate!! Bud Lemire also has three, "Island Friends," "Josephine," and "The Whispers of Nature." There are two from yours truly, one written on the natal anniversary, "To Be Again," and one on Leo's birthday, "All The Time."

Mark Crocker has added Chapter 5 to his second book of Rabbo Tales, "Rabbo II -Chapter 5." Remember you can click his name to go to his previous chapters.

We urge you to make comments at the blog version of the ezine. The magazine version will not accept comments at pencilstubs.com but you can say what interests you (or even click a 'funny' or 'interesting' button) at the pencilstubs.net blog version.

See you in July.


Click on author's byline for bio and list of other works published by Pencil Stubs Online.This issue appears in the ezine at www.pencilstubs.com and also in the blog www.pencilstubs.net with the capability of adding comments at the latter.
We invite you to become a fan of our publication at FaceBook.