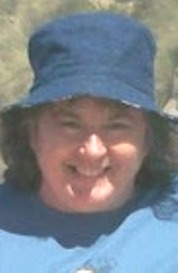 Should We Fear Death

All my life I was told that God, Creator, Universe, is love.


Doesn't HAVE love, but IS love.

To be pure love is a goal of mine, which I know will take forever, but we do have forever don't we?

I had been shown what death was like in a vision I had...

I had asked about do we suffer at death? Violent death specifically. I was working on quitting smoking, and in this vision I was shown a lighter, and the lighter was flicked. At the moment it was flicked, there was a huge flash of light. The light blew up in my face, but I didn't feel a thing. I was watching the whole scenero as an onlooker would.

Then my guide put up a sign. You are Dead.

I said, NO, I am not ready, and I could see all around, and then I felt I had no body.

Then my guide said, “That is what death is like. Your soul leaves the body before the (impact)."

That never left me, that feeling, that vision. I had always felt a loving God would not torture us in a hell and would NOT let us suffer in a violent death. After this vision, I then had a memory of when I was about 10 years old.

It was snowing out and my brothers and I, and neighbor kids, built two snow forts. We had snowballs already lined up for the next war. We were going someplace with our parents, and since our parents were not outside, my brother and I wizzed a few balls, me in one fort, him in the other.

The balls were frozen solid as they were out all night. One hit me in the eye. Knocked me right out.. Here is what happened. My view point. I was warm and cuddley even though I was laying in snow. I saw myself all wrapped in a warm blanket, and I kept feeling that someone was trying to wake me up by pulling on my arm. I just was so comfy and happy, I wanted to be left alone.

View from onlookers, and my mother...I was screaming and writhing on the ground. Mom had my arm and was pulling on it to get me up, but I wouldn't get up. That went on for 15 minutes, until I woke up. Then my eye hurt..head hurt, body was cold and wet.

I had left my body before the impact.

Even though we look like we are hurting and in pain, we are not in the body. I would recommend reading Near Death experiences. They give a detailed explanation of how they leave their body before they died.

To me NDE's, near death experiences , are some the most heartwarming confirmations to prove love prevails, death is merciful and it starts a new way of life, it is not the end..but the beginning. Think of death in the positive. When my dad was in hospice, he kept saying he wanted to experience every moment before he zipped off and became one with the universe.
Judith 2/12/18