Pat Ingoldsby in Russia and More

The question is often asked in the past few weeks why has Ireland been less affected by Coronavirus than the UK, USA Spain, Italy and other countries? This is what Stephen Clandillon, Head of Mapping at the University of Strasburg has to say about it, "Perhaps the answer lies in a responsible, non-populist, care-taker leader who is a doctor in medicine and who took the whole thing seriously. Ireland implemented measures ahead of the curve and therefore cut it off earlier than others. The Irish are still listening to experts who throughout the recent years have been listened to far more than elsewhere." It would appear that we are world leaders once again.

It has long been said that every man needed a shed as a place of refuge where he could retreat for a few hours, mess around at DIY jobs of his own choosing, or simply sit on a stool or box and contemplate the meaning of life. This has changed in Ireland and even further afield. Now nearly every village in Ireland has a Men’s’ Shed where groups of men who can come together in communal 'sheds' to work on a project, learn a new skill or simply spend time together.


There is a group in Ireland which I won’t attempt to describe to you because I couldn’t do it justice. It is Irish Men’s Sheds Group and here is what Gerry Walsh has to say about it, “We have decided to make our group public to enable the content to be shareable. Feel free to spread the word with your shed mates to come join us. If you’re not in a men’s shed and want to help start a men’s shed to get in touch- we have the experience of doing the heavy lifting when it comes to starting men’s sheds - having helped start hundreds men’s sheds in Ireland since 2010.”

And here is the link: https://www.facebook.com/groups/menssheds/

RHYME OF THE ANCIENT SHEDDERS
By Mattie Lennon

Were you born since nineteen fifty four?
Then listen to my tale.
Since now I can’t go past the door
It’s worse than being in jail.

The Men’s Shed basks in silence now
Dead ashes in the grate.
The powers that be will not allow
Us meet or congregate.

Trips to historic places
Postponed till God knows when
And absence of the faces
Of jolly Men’s- Shed men.

Restrictions with good reason
Our precious lives to save,
But it’s Limbo land this season
No wooden beams we’ll shave.

The sound of saws and lathe no more
No smoke or leaping flames.
We miss the sawdust on the floor
And elders calling names.

No forty verses now from Jack
Or the Micks with Niall and Noel.
No poems or songs or mighty craic
To elevate the soul.

Poor remedy for culture shocks
Are Zoom and mobile phones.
We’ll have to take our stumbling blocks
And make them stepping stones.

For generations the coming of the circus to town was a welcome event. Because of the lockdown it won’t be happening in Ireland this year. The following poem was penned by Listowel native John Fitzgerald.

Out from the pastures in early Spring
On trucks and on trailers, the loading begins
The tents and the tigers, the bright coloured ring
John Duffy, the circus is callin’

Travellin’ the highways and tourin’ the towns
Ringmaster, jugglers, the cats and the clowns
The posters are printed so word gets around
John Duffy, the circus is callin’

They drive the long nights without any sleep
Wire walkers, tight ropers, all hands to the wheel
Each dawn a’peggin’ the circle of steel
John Duffy, the circus is callin’

They ring round our market, wagons galore
Tractors and trailers, the canvas and more
With riggin’ and cages, ropes by the score
John Duffy, the circus is callin’

Four beats to a bar, the sledges ring
Four men of iron their music to sing
The canvas is spread,” the heave-ho” begins
John Duffy, the circus is callin’

It’s haul down the ropes, and let the tent rise
Like clockwork they know, each cog to prise
They heave and they haul ‘til the tent is full size
John Duffy, the circus is callin’

The brass band of old is pipe music new
Monkeys are scarce and the elephants few
The trapeze has nets and the safe rope has too
John Duffy, the circus is callin’

The circus, alas, is not that of old
The magic, the music, the laughs and the roars
See a child’s face when the sparkle’s gone cold
John Duffy will soon not be callin’


Before the total lockdown I attended a wake in what is known locally as “the Latin-quarter of Ballinastockan." A female mourner lamented, “Poor Miley has gone to his eternal reward after decades of celibacy.” I knew that Miley was married and had several offspring and since I left school two days before my fourteenth birthday the lady’s statement was a conundrum that I wasn’t in a position to solve. Luckily enough I was seated beside an erudite gentleman who was married to a local woman. He could see my confusion and explained, “Celibacy can be a choice in life, or a condition imposed by circumstances. While attending a "Harmony for Couples" weekend, in Naas, Miley and his wife Kate listened to the instructor declare, "It is essential that husbands and wives know the things that are important to each other."He then addressed the men, "Can you name and describe your wife's favourite flower?" Miley leaned over, touched Kate’s arm gently, and whispered, ‘It's Odlums, isn't it?’ Thus began Miley’s life of celibacy."


The link here is to a poem "When" by John O'Donnell whose collection of short stories, "Almost the Same Blue," will be published by Doire Press in May. Dedalus Press published "Sunlight: New and Selected Poems" in 2018. https://1.bp.blogspot.com/-tqrszGO7DRY/XpL-pxX7eaI/AAAAAAABFdU/gnZOYzqDqZEA_ivr1LN6cz5P1u8P3XqhACLcBGAsYHQ/s640/when.jpg


I ate my way through last week,
As I waited for covid to peak
I must try harder
To bypass the larder,
Or I’ll never regain my physique.


Róisín Meaney wrote the above and then a few days later she turned over a new leaf and wrote the following:

The start of a new lockdown week,
And a better plan for my physique
I’ll yoga like crazy
I’ll stop being so lazy
And of chocolate, you won’t hear a squeak.


I recently told you about a forthcoming documentary of the Dublin poet, Pat Ingoldsby. Well there’s more good news for Pat. His book of poems "Beautiful Cracked Eyes" has been translated into Russian and published in the land of Leo Tolstoy. Pat is delighted and there is another one of his works "The Peculiar Sense of Being Irish," being translated right now about which more anon...


John Sheahan of “Dubliners” fame will be 81 on May19th . He just recorded his first solo album Flirting Fiddles. It has been described by one critic as, “A revelatory collection to be relished as a long player.”


Before Covid19 struck I told you about the planned Dolly Parton Lookalike day in Listowel. Well Billy Keane, hardly ever stuck for an alternative, put the following post on Facebook; “As Dollyday is postponed to 2021 we had a bit of fun today, with #bakeforkerryhospice please click the link to donate, every little (amount) helps this worthy cause.“ https://give.everydayhero.com/ie/dollybakeforkerryhospice

See you in June! 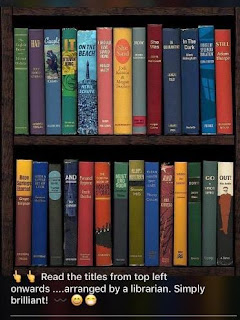