A question that comes up quite a bit in my emails is, “Tom, what do you do for entertainment in China?”

I tell them I enjoy singing old karaoke tunes. That was something I enjoyed doing in the U.S. as well. Karaoke is extremely popular in China just like in America, and throughout the rest of the world, which I was glad to see when I arrived here.

Karaoke technology was first invented in Japan in the 1980s. In 1992, I discovered the Karaoke rave in Malaysia, Australia, and believe it or not India. It has been nearly thirty years since I traveled to those places and technology has advanced quite a bit since then.

In today’s world, hundreds of thousands of songs can be stored on a 2TB portable hard drive. A person running a Karaoke event can easily locate songs from a laptop computer. If a Karaoke DJ still cannot locate your favorite tune, they can easily download the karaoke version from the internet in a matter of seconds.

Singing is one of my favorite pastimes and I have discovered many locals here with extraordinary musical talents. I wish today’s technology were around when I was a teenager. I would have discovered earlier that I could actually, belt a tune.

American music is having a huge influence on China’s culture, you can hear the western tunes everywhere you go, and the youth cannot get enough of it. American music and films are popular throughout the world, especially among children and teenagers.

American films are also having a huge impact on Chinese pocketbooks. The Chinese are willing to spend 200 RMB (approximately $29.00) to watch an American movie in an IMAX movie theater. I have gone to an IMAX theater here in Suzhou and I must say it was a great experience.

I like telling Children here that when I was their age, I was able to see a movie in my hometown in America for 25 cents. I then explain that 1 RMB is now worth 14 cents in American money. They always reply by saying “Movies are expensive in China.”

I mostly download movies from the internet and watch them on my computer. It does not give you the same bang for the dollar as an IMAX movie theater, but it can still be quite enjoyable.

In the apartment building where I live there is a lobby with a couch, chairs, a coffee table, and end tables. The lobby is a great place to project movies for the kids that live in my apartment building. A couple of weekends a month I show an American Children’s movie there to entertain the kids.

The last time I showed a movie in my apartment lobby was a few weeks ago and the entire area was filled with children with beanbags to sit on. They always reserve a chair for me because I’m not a beanbag person. Bowls of cut watermelon and other fruit will miraculously appear for everyone to munch on too.

I showed them the 1978 movie version of Superman which they never have seen before and now they cannot wait to see the sequel which came out nearly forty years ago. The children here are extremely cute, and they all clapped their hands every time Christopher Reeves turned into Superman.

Our school’s Chinese art teacher lives in the same apartment building where I live, and her daughter is in the third grade. The third-grader always invites her school friends over whenever I treat them to a movie. I enjoy the time I spend with those kids and I find that when I entertain them, I am also entertained in the process.

In the City of Suzhou, there are various amusement parks with many fun rides. If that is not your cup of tea - you can always take a boat ride along the city canals. The canals run throughout the city of Suzhou and into an ancient part of the city. It’s a great tourist attraction for an old foreigner like me with all sorts of shops and ancient buildings. The ancient buildings give you a glimpse of the city’s ancient past. In one of the ancient buildings, there is a large rug on the floor with a board game in the middle of the rug with human wax figures playing the game. The Chinese have been playing that game for thousands of years and it is still a form of entertainment for many of the Chinese elders.

The streets in the ancient part of the city are very narrow - much too narrow for cars to drive on. Some of the buildings and gardens were built around 2000 years ago. I enjoy taking the tour and I once told a Chinese tourist that the buildings we visited are older than America. He then excitedly said, “I have been to America, I enjoyed your country very much.” His knowledge of the city was more in-depth than our tourist guide and I learned quite a bit from him.

There are also plenty of western restaurants and bars in Suzhou that serves a variety of western-style foods. I enjoy going out to eat with others and meeting new people in those places. You can find all sorts of ethnic foods from around the world in the city and you can take your time enjoying the various ethnic tastes.

The internet is also a form of entertainment for me because today’s technology enables me to stay in touch with people in various parts of the world. On Skype, Facebook, and Zoom I can have face to face conversations with people without leaving the comfort of my home. I also use the video phone feature on WeChat to communicate with former students of mine who are now studying in Canada and the UK.

One of my former students asked me last week, “Tom, what makes you happy?” I told her true happiness is a state of being and you experience it more fully when you share it with others. The same can be said for those who seek joy in life. Joy is simply a state of mind and the more you share it with others the more joy you experience throughout your day.

Our ancestors did not have the technology we have and yet they found their entertainment through simple games and by conversing with one another. A simple conversation and the telling of great stories to children are truly richer than today’s computers and IMAX movie theaters. Our imagination can be a marvelous tool to develop, especially, when it comes to the art of entertaining.

I get great enjoyment in telling children, and my students, stories that make them laugh. The telling of a great story does not have to be left to Hollywood these days. I like to remind others that storytelling was a great form of entertainment for those who came before us. Those who possessed such talents were sought out and held in great esteem. Storytellers were entertained too by simply taking the time to unweave a great tail. Adults and children alike who are the recipients of these great gifts - passed down through the ages - are truly enriched by the experience.

Most of my entertainment comes through the interaction with the Children here. When I hear their laughter, it reminds me of how things used to be when my Irish Grandfather (Red O’Neill) told me the entertaining stories of old. He too inherited the gift and talent from his ancestors and hopefully, those same gifts are being passed on to a new generation by this old American foreign teacher here in China. 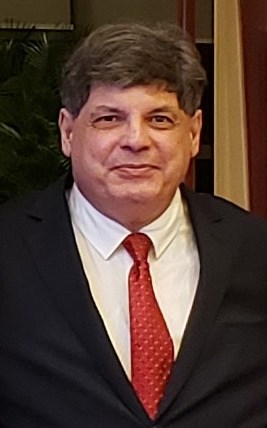