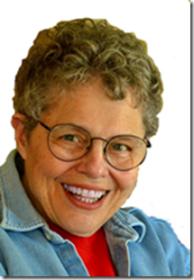 
Have you ever dreamed of living in a tree house? I have, and I spent a lot of time in them as a kid, but of course never lived in one. I know there’s now a TV show called Tree House Masters, about a team of guys who make luxurious tree houses for wealthy people, edifices that have more creature comforts than some homes in Dubai. They’re nice, but come on, those aren’t real tree houses.

Back in my tree house days, the only builders of them were kids, friends, not pros. My pals and I once hammered a make-shift ladder from the ground to the very top of my father’s favorite Spruce tree to begin construction. We climbed it with sacks of written plans, cookies, nails, hammers, and wooden boards slung onto our backs. The careful selection of that important tree took days of serious discussions before it was chosen. It had to be a pine tree because we knew we’d want to climb up and hang out all year ‘round, and we’d need thick pine needles and branches to keep us up hidden and up as high as possible. We selected an enormous old, very tall and thickly branched Spruce.

Eventually we knew we’d have to coax my father into letting us build the tree house because we realized we would be unable to muffle the sounds of our hammering and sawing. Thus, once he was persuaded, our task was obvious. Build! Preferably without his great pearls of tree house building wisdom, and we knew he harbored a whole lot of those boring pearls. We knew how to do it by ourselves. All kids instinctively know how to build a tree house.

After we nailed reasonably same-sized ladder boards up the trunk of our conscripted tree to the sturdiest branches, we all agreed that the first order of architectural business was the installation of the floor. Even we knew that without a floor there could be no house. We set to it, allowing a huge hole in its middle for the tree’s trunk so it could comfortably “get fatter” over the years. The floor was installed without use of a level, meaning anything round dropped on it, pencils, marbles, baseballs and the like, quickly rolled away.

Next came the four walls. We nailed and sawed and hammered and suddenly found ourselves trapped within, with no means of egress. So down came one wall into which we sawed a door and windows and over which we stapled patches of old window screen, and back up it went. The door was a large piece of thin chip board hung precariously from 2 unmatched hinges. The roof was last, slanted to let the snow slide off, or so we said, when in fact, slanted was the only way we could manage to build it.

Finally, the first summer night to sleep in our palace in the sky. Obviously at this point, knowing his favorite tree had been usurped for this project, my father was actually stunned at our architectural expertise. He even showed us how to run a rope from our crude 2-foot-wide “balcony” with a bucket tied at one end so we could haul things up and down without having to endlessly climb the “ladder”, aka those short boards nailed at odd intervals up the tree’s trunk.

Nightfall. Three of us lay on old blankets, pillows and rugs we’d cadged from the basements and attics of our homes, knowing they’d not be missed, and not noticing the ancient moldy odors emanating from them. It was the smell of Magnolias to us. Lying there also breathing in the scent of the raw, unpainted pine wood of our home in the tree, staring up at the stars easily seen in between the unevenly nailed roof slats, hoping it would not rain, not much caring if it did, was the closest thing to heaven we knew we’d ever experience. The tree house swayed in the wind like an ancient galleon, creaked and groaned, but the thousands of nails and screws and yards of rope held it together and we knew this wondrous place we’d built would be able to withstand hurricanes. We slept happily, drying crusts of PBJs surrounding us, empty soda bottles rolling gently against our heads with each whispered, sweep of wind, our forbidden magazines in plain sight, no longer hidden under our at-home bedroom mattresses. If mosquitoes dined on us, we never noticed.

And in fact, our lovely, tiny home in the sky did survive years of rain storms and blizzards, thundering lightning and searing droughts. And of course, creatures. Lots of them found shelter in our beloved tree house. Whenever I visit the home of my youth I look up at that old tree that still thrives. Much taller now, its trunk so wide it’s forced that hole in our tree house’s floor to be a splintered, much wider opening, and the boards have become part of the tree’s bark. The beautiful golden red of our old tree house wood is now grey and splintery, several of our ladder steps have disappeared and the bucket-holding rope still swings from our balcony, shorter now, and no bucket hangs from it any longer. But the sturdy, crookedy tree house is still up there, at least remnants of it, cradled gently in the old pine’s strong branches, our magical little house in the stars.