All About Lent, Easter Dates

All About Lent, Easter Dates
And
Such Things You May
Or
May Not Want to Know
But
I'm Letting You Know Anyway

How come Lent, Ash Wednesday, Good Friday, and Easter Sunday all fall on different dates every year, you wonder.

Well, after looking in Catechisms, Lists of Movable Feasts, and all sort of Christian/Catholic literature, and finally the Naval Observatory, I found the answer. And, WOW, is it complicated!

Easter Sunday is the Sunday following the Paschal (pronounced PAS' KUL) Full Moon. That was a new one, even I, being a seminarian (for a while, way back when) never knew about. Of course the Pope and Cardinals really never let me in on that one. So as I grew up, Ash Wednesday, fast-days, meatless Fridays, all the Lenten stuff, and Easter (including the bunny) just, more or less, showed up each year without much thought.

So, let's start with that thing called a Paschal Full Moon, PFM for short, and I am glad they put in the word 'Full' which indicated PFM had nothing to do with any sort of syndrome, whatever (see Christian prayer books for proof of this concise definition). This particular kind of Moon, is the first Full Moon that follows March 21 or the equinox. And, the first Sunday after that occurrence is Easter Sunday. Now that was fairly easy, right?

We also know, or think we know, that Lent has 40 days. Well, it does in a way, but if that were so, how come Ash Wednesday, the first day of Lent, falls on a Wednesday? A good question, and here is the answer to that one. For one thing the church says Lent ends on Holy Thursday at the Mass of the Last Supper, not on the Saturday before Easter Sunday. Well that didn't bring us back to a Wednesday either, so a simple way to get to the date for Ash Wednesday is to count back 40 days from Easter Sunday, without counting the rest of the Sundays in between and you will end up with Ash Wednesday falling on Wednesday actually 46 days earlier.

See how easy that was. Well, actually way back in the early church Sunday was a sort of holy day where nobody did much of anything, so Sundays were not counted as regular days.

So, now that we got that cleared, Easter Sunday is the Sunday following the (PFM) date for the year and Ash Wednesday is actually 40 days earlier than Easter if we don't count the Sundays. And, if we follow all those directions we see that Mardi Gras, or Fat Tuesday, is celebrated the day before Ash Wednesday. Now we have 3 dates established.

But, you ask, "How in hell do we find the PFM every year?"

The answer to that is that way back in the early church, before telescopes, before astronomical mathematics, and yes, even before such things as general science was not required to graduate high school; the so called 'learned men' of the church sort of looked up at the sky and found the first full moon after March 20. Of course the reason for at first being March 20 is that at the time 325 AD (which at that time was not known as 325 AD) the equinox fell on March 20. when they started to figure all this nonsense out.

In June 325 A.D. astronomers approximated astronomical full moon dates for the Christian church, calling them Ecclesiastical Full Moon (EFM) dates. From 326 A.D. the PFM date had always been the EFM date after March 20.
From 1583, after Pope Gregory and his henchmen changed the calendar to make up for all the days it was off since Caesar did it over 1500 years earlier, we find that each PFM date differs from an Astronomical Full Moon (AFM) date usually by no more than 1 day, and never by more than 3 days. (Each AFM is a two-dates event due to world time zones. Each PFM is a one-date event worldwide) Ya'll are gettin' this so far I hope, 'cause. I ain't doin' this again next year.

The rule is that Easter is the first Sunday after the first ecclesiastical full moon (EFM) that occurs on or after March 21. And, if we find Easter we can find everything else, I hope.

So, now that I found out all this, I wondered how to really figure it all out for next year or for that matter any year. Well for that I looked around at all sort of Astronomy stuff and found the Naval Observatory (wow are they smart folks). They had a formula for all this nonsense. And, the guy who figured it out says it will work at least up till 4099 AD just in case you want to plan on future festivities, whenever.

The lunar cycles used by the ecclesiastical system are simple to program. The following algorithm will compute the date of Easter in the Gregorian calendar system. All variables are integers and all remainders from division are dropped. The algorithm takes the year, y, and yields the month, m, and day, d, of Easter.

The algorithm for computing the date of Easter is based on the algorithm of Oudin (1940). It is valid for any Gregorian year, y. All variables are integers and the remainders of all divisions are dropped. The final date is given by m, the month, and d, the day of the month.

Now, I know ya'll ain't mathematicians, or for that matter brain surgeons either, so in order that ya don't use up all of Lent trying to figure days out by the above formula there is a page to go to that does it for you. See how nice I am. Go to this page (DATES) and you will find the dates for the next few thousand years.

Ya'll have fun in Lent with your spare time and now that you know when Easter is gonna' be even in your ol' age, ya'll can sit back an' relax for the next several years. For me, I guess I will have to spend the next 10 or 12 months figuring out something new to write about February, Lent, Easter or whatever.

Editor's Note: Reprint of the excellent article by the late Leo C. Helmer telling how the date for Easter is determined. Other works by him including his cooking column can be accessed by clicking his byline at the top of the page. 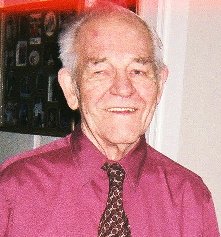