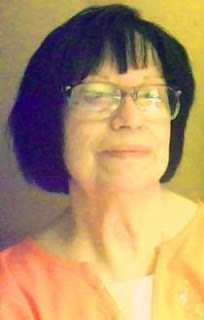 "The Hallmark version of Easter is not the real deal. The real story is as manly as manly gets. " -–Michael Burns, Easter: Beyond the Bunny
Do you recall Easter ever being on the first day of April? To have April Fool's Day on the same day seems somehow sacrilegious. At any rate, this issue we are reprinting the article "All About Lent, Easter Dates" by the late Leo C. Helmer (1924 - 2013) which explains the way Easter is scheduled, a long and complicated process, but interesting.

We are also carrying "Cincinnati Chili" from one of his cooking columns as Rod Cohenour our current cooking columnist, has been busy attending to the health and well being of his wife (your editor's baby sister) who just had cataract surgery.

Therefore Melinda Cohenour's column "Armchair Genealogy" is a reprint of the first genealogy type story she ever did for Pencil Stubs Online, an extremely well researched piece, "The Fate of Abraham Josselyn aboard Ye Good Fame of New Yorke."

Thomas F. O'Neill's column "Introspective" from China discusses the problem of 'sound alike' words when teaching English to his students.

"On Trek" by Judith Kroll, aka Featherwind, tells how being with her father in his declining days was a blessed together time for the two of them. His acceptance of his status was eye opening and a heart warming solace for her.

Mattie Lennon's "Irish Eyes" delves into various literary offerings as only Mattie can, as he encourages his readers to check into different stories, books, and plays.

Dayvid Clarkson's "Reflections on the Day" features a pic with words also by him in addition to a selection of daily reflections.

LC Van Savage's column "Consider This," wonders how she escaped all the maladies people are warned about now when they camp out or go hiking. Her article asks "Were You There?"

Bruce Clifford's poems for April are "He Left Her," "A Distant Memory," and "Up in The Clouds." Bud Lemire submitted these three: "Michigan's Beauty," "The Spit," and "Grandma's Funeral." John I. Blair poems are "Squirrels Climbing," "Planting Wood Phlox," "Hello Quince," "Strangers on A Path," "What A Trip It Has Been," and "God's Image" for this issue.