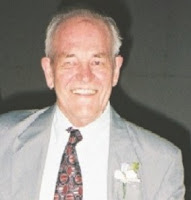 Somebody Called This Cincinnati Chili, but Don’t Ask Me Why

Don’t rightly know who or what Cincinnatian or Ohioan, for that matter, invented this recipe. But, it deserves a little recognition for being fairly decent stuff. The original recipe called for beans (how awful) and water (yuch). But, with my superior knowledge and improvisational culinary skills, whatever, I came up with reasonable substitutes for the yuch stuff and cooked the beans on the side not in.
OK, let’s get cookin’.
Grab up your big heavy cast iron pot with the tight lid. Pour in two tablespoons of Olive Oil. Heat the pot and coat the oil all around. Dump in 2 ½ pounds of good, lean, coarse ground beef and brown it. Dice up two brown onions and toss them in. After the meat and onions are browned lower the heat and dump in the following: