One morning in 1903 young John Kinane received a letter at his home in Gortnahalla, County Tipperary. He had applied to Guinness’s Brewery in Dublin for a job. This reply informed him, “If found suitable we may be able to offer you temporary engagement.” And he secured the temporary employment. Which lasted 41 years. His great-grandson, singer/songwriter, Barry Kinane found the letter in 2018. He wrote a song titled "The Old Grey Cobblestone." (See pic at bottom of page.) It is the title track on his latest album of thirteen tracks.

“Kinane has a rare gift of taking the stories of life and relatively recent history to weave magical musical tales that are like short stories of the highest quality…” Nicky Rossiter – Irish music magazine. 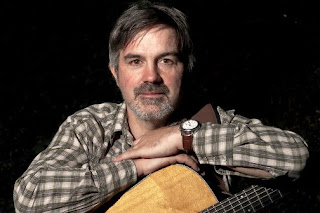 In May 2018 Barry Kinane was selected to be part of the International Literature Festival Dublin. The album is themed around Dublin history and folklore. Each song tells a story, like Peg Plunkett the 18th century high society madam in ‘The Ballad of Peg Plunkett’, famous street characters like Thomas Dudley aka ‘Bang Bang’ in ‘The Day Bang Bang Lost His Gun’, the famous street poet Michael Moran aka Zozimus in ‘The Blind Bard Of The Liberties’, and relatively unknown tales of Dublin in ‘The ‘Sack, Em Up’ Sexton Of St. James” and many more fascinating stories told in song and poetry.

The album features Paul Kelly on fiddle and mandolin and a guest appearance of one of Ireland’s greatest songwriters, John Spillane on guitar. The cover art is by Beatrice O’Connell. 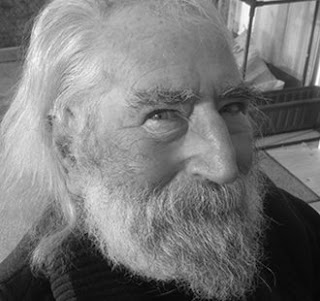 
More than twenty years ago Cormac McConnell, brother of well-known singer/ songwriter Mickey MacConnell, wrote Christmas 1914. He first sang it in Griffin's pub in Ennistymon that Christmas and he “, was amazed to see tears in many of the listeners' eyes too. So I knew I had a song to sing. . . this song, came from a place away above my creative ceiling. It was some kind of gift from Above. “ He has said, “I’ve tried to get there again many times since that evening but have never come anywhere close. “ It has since been recorded by his brother Mickey, Gerry Lynch, Celtic Thunder, Daniel O Donnell and many more. Now it has been recorded my favorite singer, Peggy Sweeney. 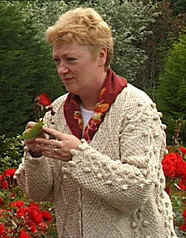 I recently went to a wonderful amateur production of John B. Keane’s "Big Maggie" by the Shoestring Theatre Company, in Charleville. "Big Maggie," a story of Irish society and all its foibles and complexities of family and femininity in rural Ireland in the 1960s. According to Kipling “The end of the fight is a tombstone . . .” but Maggi Polpin, after the death of her husband Walter, sets out to make a new life for herself and her children. Things don’t go according to Maggie’s plan. Every character is brought to life by the cast of fourteen. It is an outstanding production directed by Kevin O’Shea. The first scene, funeral of Walter Polpin, is performed outdoors on a grassy area surrounded by mature trees. I was trying to figure out how the weather-beaten tombstones were transported there when I ascertained that all the realistic graveyard props were fiberglass crafted by Peter O’ Brien.

A veteran patron of the works of John B. Keane said, “ The casting was perfect and Eilis Casey was a formidable Maggie and delivered an unforgettable interpretation. All were excellent but Martin Hennessy was the best Byrne I have ever seen and I have seen many. Apart from the casting, the use of body language and the unflagging energy were impressive. Kevin O’Shea is the best director in the business. I am so glad I got to see it.” 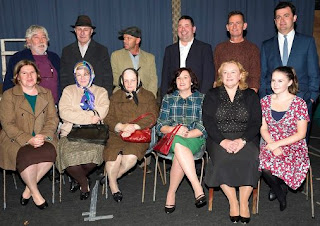 Some time ago a national newspaper had this to say about this dedicated group, “The Shoestring group is an amateur outfit and is entirely voluntary. Many of the players and stage crew down through the years have taken their holidays from their day jobs to coincide with the festival circuit dates on which the group is playing, such is their dedication to the drama movement, which is the essence of volunteerism and community activity.” Truer words couldn’t be written.

Am I glad that I wasn’t a teenager in Dundalk eighty years ago? I would probably still have a criminal record having been incarcerated under DeValera’s “Vice Act.” Take a look at this newspaper report from 1938. 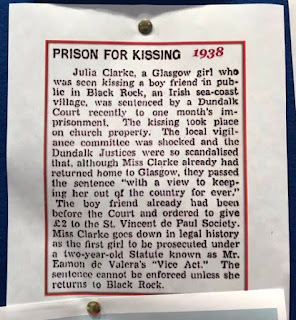 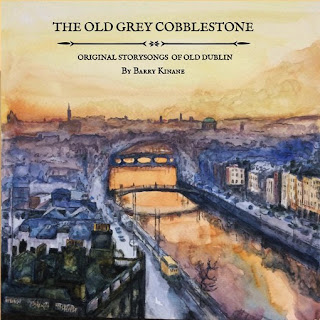