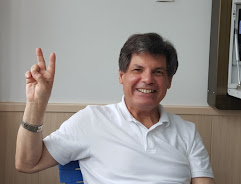 There are times when I feel I’m spending too much time browsing the internet. The reason being, I’m connected to the world wide web continuously between my computer and smartphone. The internet, after all, has countless materials I can use to make my classes more interesting for my students here in China and that is certainly a good thing.

I never use the internet to play online computer games as many do here and elsewhere around the world. In recent months, I learned that there is a growing number of computer addicts in Asia who are addicted to online gaming.

According to ‘China Youth Association for Network Development’ over 30% of China’s population find their internet use problematic, and more than half of China’s internet users between the age of 35 and under are “obsessed” with online computer games.

Many of China’s parents are now paying about $3,000-USD to send their children to ‘Internet Addiction Boot Camps.’ On average young adults in China spend 3.2 hours at night online, mainly playing online games and on instant messaging. The Chinese Government in 2019 declared online addiction as the number one health risk for China’s youth.

Online gaming can indeed be dangerous to your health as proven recently. A Chinese video-game addict dropped dead from stress and exhaustion after gaming for 20 hours in an Internet cafe in Chengdu. Two secondary school students in Chongqing were also killed. Exhausted after two days of online gaming they were both killed by a train when they fell asleep on railroad tracks. In Tianjin, a 13-year-old boy after a 36-hour session of World of Warcraft—leaped off the roof of his 24-story building, hoping to “join the heroes of the game.”

My students ask me what video games I enjoy playing? I tell them that I never played a video game and I never had the interest to play one. Many children will play games online with total strangers from all over the world. I find that quite intriguing but like I said it was never 'my cup of tea.'

The internet surely makes my life and perhaps billions of other people’s lives throughout the world, much easier. We can buy countless products online and gain information on any topic instantly with just the click of a computer mouse.

I can also call just about anyone throughout the world who has a mobile or landline phone via Skype. This sort of technology did not exist in my youth-filled days and most people, today, especially people my students' ages are clueless as to what the world was like before our existing technology.

When I was the age of my students - I never imagined that textbooks in the future would be digitized. Students can now load all their textbooks on an iPad, smartphone, or laptop computer. Those days of lugging your textbooks to class are long gone and that to me is certainly a good thing.

Today’s technology is only a shadow of what is to come and like I said many times before 'I can’t even imagine where technology will be when my students are my age.'

A company in China called ‘Tencent’ is the leading industry in developing robotic technology that uses the internet as a gateway for robots to gather and communicate with their surrounding environment. Robots by using artificial intelligence technology here in China can now learn from the information they gather from the internet and they utilize that information to assist us, humans. I think that is the only logical direction an artificially intelligent internet can go. Perhaps the internet of the future will become the ultimate tutor for those future struggling students. That is if their parents can get them away from the video games.

Neurol-scientists have been studying the effects internet addiction has on the brain. What they discovered is that video game addiction has similar chemical reactions in the brain as someone who is addicted to sex. Scientists have also discovered that the chemical reactions in the brain become intoxicating for both the sex addict and the chronic video game user. There are medications now being developed to help the addict overcome their compulsion to play video games for hours on end.

I tell my students quite often that the future of technology will continue to evolve. But the technology in our lives can be good or bad depending on the hands that are using it.

The overall future of technology does look brighter, but I suppose only time will tell ……