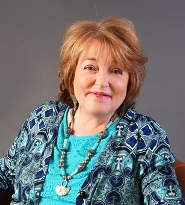 My Only Ghost-busting Job

This is about the one and only time I did a ghost-busting job.

What was going on was the family had a new baby in the house. That’s when things started going bump in the night. Noises from the air conditioning system, doors closing, creaking floors, items moving. They felt threatened and called me.

When I got to the house there was a strong presence who made himself known to me as Captain Jack. Additionally, there was an old burial ground next door. It was explained to me by Captain Jack who appeared to be a representative for all these Folk in Spirit that there were concerns the new parents were not able to take care of the child properly.

I told them that the parents were just new, and they had every intention to love and care for their child. I asked that the Folk in Spirit leave them alone. The message I got back was the Folk in Spirit were not going to move, they would stop with the Spirit movements, but they were not going away as they had been at this location long before the couple moved into the house and the family would need to share the space with them. I relayed the message to the lady who had called me. She said she would tell her husband.

The day afterward the lady called me to say she had walked into the room where she and I had sat and smelled roses. We figured it was the spirit I had talked to who was saying, “Okay. We are at peace”.

So, nothing dramatic like what happens sometimes on television. Just doing my job. I’ve always felt there was a whole lot more to this story, but that was the extent of my involvement. The family moved soon after but did not experience any untoward psychic phenomena after my visit to the house.