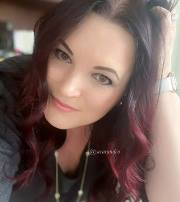 It’s no secret that I reflect a lot on the lessons my mother taught or that I caught. Tonight had me looking back at one. My mother would often joke, with seriousness underneath her words, “do as I say not as I do”, often softly reminding me I needed sleep as she too was up reading a book saying one more chapter with each chapter refusing to go to bed herself or some silly contradictory moment. In earnest, she would often remind me to learn from her mistakes instead of trying to repeat them. Not new parental advice I know. But reflectively extremely profound, especially after tonight.

I attended my church’s midweek get-together with the focus on mental health, guest pastor Wesley Towne speaking. As someone who struggles with their own mental well-being and having spent a lot of my life doing so for various reasons, much of what he said resonated with me. However, it was his deeply sapient statement - Nothing hidden can be healed - that struck such a strong note with me because it was one lesson I learned from my mother not because she exemplified healing coming from sharing but rather because she often demonstrated the opposite, choosing to keep hidden her grief, not fully processing or healing from it.

If you know anything of my story or my mother’s you know challenging times and grief are common in our life. As I got older I began to recognize that my mother, whose strength I admire greatly, would tackle the things she could act upon head-on but the emotional ones that came with losing someone, she would lock away, refusing to confront. We actually got into a huge fight once about this when I saw the pain it was causing her. She shared “if I face it, it will consume me and I’ll never recover.”

I wasn’t going to argue with her but I also knew she was wrong. is seen firsthand how sharing our pain helped lessen the burden, helped process it. I share a lot about my mom, her lessons. I do that because even 5 years later I’m still grieving the loss of her, still struggling. And that’s ok. But I’m grieving out loud in my own way because nothing that is hidden can be healed.