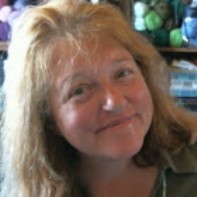 Who Am I Talking to When I Talk to Spirit?

I had a question for my guide this morning. It’s something that has been on my mind for a few weeks now, and I couldn’t shake it.

When I give a reading for somebody, I “assume” that I am talking to my spirit guide, Seth. He is my conduit to Spirit, to Source I talk with. You can think of me as an interpreter. I am the filter for whatever Spirit or Seth has to say. That’s my story, and I’m sticking to it.

Seth did tell me one time when I asked him why he kept saying the word we. He said it is a choral effect. Picture a group of guides all talking at once or singing in harmony. Fifteen guides might equal one choral effect. It satisfied me at the time. I stopped asking.

So, a couple of weeks ago, a friend asked me for some advice. I was thinking, considering what I wanted to say to her, and Seth started speaking. It’s a funny feeling, but my intention was to say something, but right away I knew Seth or Spirit was going to say something instead. I remember interrupting to tell her quickly what was happening; that I was going to be less in control, and he was going to talk.

I semi-tranced out, which is how I prefer to deliver anything Seth has to say. It feels like I just let go somehow. Like I’d been drinking and was at the point where I wasn’t going to remember what happens next in the morning. I don’t drink anymore, but I do remember what it was like for me as a socially anxious person to be sociable at a party. It was always difficult for me, which is why I eventually quit drinking. For me to channel in a semi-trance-like state I have to feel safe. It also means I do not always have a clear recollection of what was said.

My friend asked me some days later if it was really Seth talking. I told her that, yes, it was Seth.

It has been a week or so since she asked her question. At 4 am this morning Seth explained to me the messages I receive are from Source. That means him and anybody else who has passed on. The fact that my friend thought it was a relative might be true enough. It would have been somebody who has passed on. Seth could have been the spiritual amplifier.

To explain it further, he asked me to think about the water that comes from the tap when you turn the faucet on. Water, right? But where did it come from? I said it came from the faucet. He asked me, but where before that? That’s when I began to get a clearer picture of where messages from the other side might be coming from.

I changed the example in the story to chocolate. I can imagine chocolate better than I can water. Not that water is not important, and I can imagine water. It is just that chocolate is more interesting.

My lesson in this? Remember that interested parties are always there for the people I read. I may or may not have a sense of them, but I do have a sense of my guide. That guide, Seth, is the helper, the focuser for whoever is there in Spirit to convey a message back to the person being read. So, if the person I am reading says to me, “I have a feeling this is from a relative.” then, that’s what is happening. Their own psychic senses are coming into play too. Many times they don’t believe it is happening, but it is. I just need to remember to tell them this can happen.