John Edward Henry (1904-1986) was a native of Ballydrum, Swinford, County Mayo. He emigrated to the USA in his mid- twenties and spent a number of years in Chicago before returning to Mayo in 1931. When he came back, he married his childhood sweetheart, Margaret Salmon and took over the running of his family farm in Ballydrum.

He also worked with Mayo County Council as a supervisor on road and bridge construction for a number of years. The nature of his work meant that he was often absent from home from Monday morning to Friday night for weeks on end.

It was during those periods of enforced absence from home and family, that he gathered much of the stories and anecdotes that would later form the basis of his folktale collection.

He used to invite older members of the community to chat with him about the customs and habits of their own times and those of previous generations, which he felt were in danger of being discarded in the name of progress. Very few others of his time felt the same desire to record and preserve for posterity the folk heritage of previous generation that was in danger of being lost forever but this did not deter him in the slightest.

John Henry or “Sean” as he was also known left a collection of stories about everything from “Barnala Wood” to “Bellmen.” Whether it’s an account of the “Big Wind” or a Connaught person’s take on “Ninety-Eight” the true storyteller is evident.

When Sean was a young lad a certain “Knight-of-the-road”, who was better dressed and seemed to be on a slightly higher mental plain than the average tramp, used visit the area.
He was known as “the Toff” and when he told a story young Henry hung on every word and would, decades later, commit it to paper


Sean amassed a considerable pile of wire bound notebooks and jotters as he went about his labour of love and in later years he used those notes to write his folktales.
A number of those stories were published in book form by the Mercier Press (Cork) in the late seventies under the title of “Tales from the West of Ireland.” This book was re-issued in 2000 and both editions were quickly sold out. 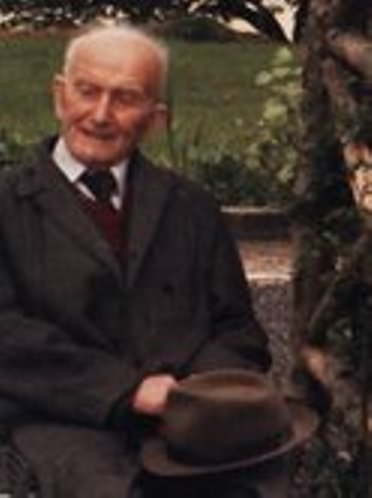 He contributed to a number of periodicals and magazines and for a long number of years he wrote articles on contemporary Irish social and economic affairs for an American travel company’s newsletter. “Mayo Folktales” is a collection of his stories that have been published in digital from by his son, Eamonn.
There is a total of 54 articles in this collection and it had been arranged in two volumes for distribution purposes. Both volumes are available on CD-ROM as well as in PDF format for direct downloading from the site; www.mayotales.com The CD versions are designed to run on all Windows operating systems from Win 98 SE onwards and as PDF is a cross-platform format, those files are compatible with all common computer platforms and are not limited to Windows’ users only. Full details may be had from www.mayotales.com The CDs cost €10 each or €15 for both excluding postage costs. The PDF documents are priced at €7 each or €12 for both.


Click on   Mattie Lennon   for author's byline for bio and list of other works published by Pencil Stubs Online. 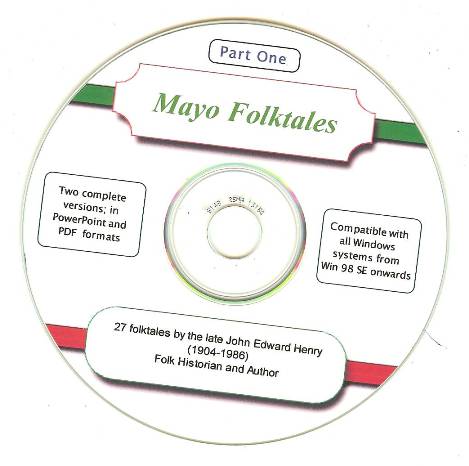