Always Looking -- People Who Made A Difference, III

Arthur Altmeyer (1891-1972) is known by many as “The Father of Social Security.” He did more than anyone else to shape the institution that administered the Social Security Program of the United States, working closely with U. S. Representative Thomas Eliot of Massachusetts to draft the enabling legislation. A native of DePere, Wisconsin, Altmeyer began his career as a high school teacher and principal. Then he became chief statistician and executive secretary for the Wisconsin Industrial Commission.

In 1933 he was summoned by President Franklin D. Roosevelt to become part of the committee that drafted the original Social Security legislative proposal in 1934. He was a member of the three-person Social Security Board created to run the new program and from 1937 to 1953, when he retired, was either Chairman of the Board or Commissioner for Social Security. He was one of the principal conceptual and philosophical spokesmen for social insurance in America, and much of the policymaking during Social Security's founding decades was formulated by Altmeyer. Along with a handful of others, Arthur J. Altmeyer is responsible for the Social Security program as it exists in America today. Altmeyer was a modest, serious, and dedicated career public servant.

When Franklin D. Roosevelt ascended to the office of President of the United States of America in 1933, he inherited a country shattered by the economic devastation of the Great Depression of the early 1930s. Before that catastrophe, "there was no precedent for a social insurance system in United States law," thus no established guidelines for how to assist both the self-sufficient and the needy in maintaining acceptable living standards even in times of duress, ill health, and/or old age. Faced with continuous partisan antagonism by Republican opponents and widespread, misleading propaganda generated by fearful naysayers, President Roosevelt vowed to give the American people once again a sense of security and, therein, hope for a better future.

Altmeyer, during his nearly 20 years of leading the charge for the Social Security program during the Roosevelt and Truman presidencies, was instrumental in ensuring that this new social welfare policy would be designed, administrated, and legislated as comprehensively and efficiently as possible. Originally conceived as a means to help provide financial stability for the elderly in retirement, Social Security due to Altmeyer's advocacy and devotion eventually lead to the expansion of Social Security's coverage to orphans, widows, unskilled laborers, and the self-employed. Despite the fact that his desire to also have Social Security supply health insurance coverage and disability benefits was never fully realized during his tenure in federal government, Altmeyer persevered in championing the ideal of a broad, fair social insurance program that provides protection to society's most vulnerable members when they need it most.
On January 19, 1973, three months after his death, the Social Security Administration headquarters in Baltimore, Maryland were renamed in honor of Altmeyer. Then Social Security Commissioner and former colleague, Robert Ball, noted: "It has always seemed to me that the contribution Arthur Altmeyer made to the development of the social security program was very specific and personal. He did more, much more, than oversee the building up of an efficient organization. He imprinted on the evolving program and on the administration and in the people who were with it a set of values that are still operative and that have been largely responsible for the success and widespread acceptance and support that the social security system enjoys. . ."
His retirement from government service in 1953 ended an era of shaping the nation's social insurance program. He remained active in social welfare policy, however—he served as an advisor to foreign governments and in 1954 was elected president of the National Conference on Social Work. Thus, "Mr. Social Security," as Altmeyer came to be known, helped to forge one of the world's most enviable government programs and leaves behind an incomparable legacy of dedication. Following is an excerpt from Arthur Altmeyer's August 1945 report as Chairman of the Social Security Board:


Social security does not endanger the moral fiber of the Nation. Social security is not an effort to inject something new, its purpose is to conserve what men and women have long cherished in the face of changes they themselves cannot control. President Roosevelt in June 1934 said, "Security was attained in the earlier days through the interdependence of members of families upon each other and of the families within a small community upon each other. The complexities of great communities and of organized industry make less real these simple means of security. Therefore, we are compelled to employ the active interest of the Nation as a whole through government in order to encourage a greater security for each individual who composes it. . . .This seeking for a greater measure of welfare and happiness does not indicate a change in values. It is rather a return to values lost in the course of our economic development and expansion." Assistance will seem a stigma to most people. But as communities recognize the right to assistance for a minimum level of decent human existence, they will help to wipe out the conditions that make for hopelessness and perpetuate dependency. The Social Security Act is built on the assumption that it is hope that leads people to exercise initiative and assume responsibilities of citizens.

Adapted and condensed from an article at http://www.harvardsquarelibrary.org/unitarians/altmeyer.html 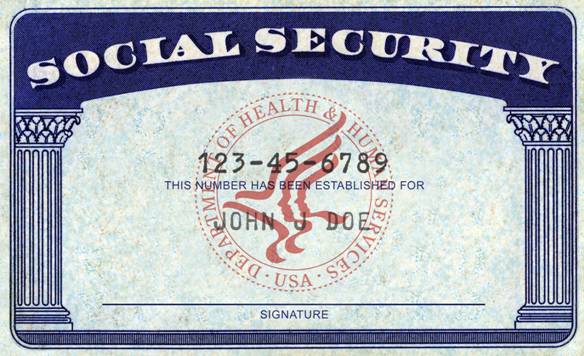