Always Looking-People Who Made A Difference VI

On a New York street corner on April 22, 1866, Henry Bergh gathered his courage and approached a cart driver unmercifully beating an exhausted horse. “My friend, you can’t do that anymore.”

Astonished, the driver exclaimed, “Can’t beat my own horse?—the devil I can’t,” and resumed.

Bergh added, “You are not aware, probably, that you are breaking the law, but . . . I have the new statute in my pocket, and the horse is yours only to treat kindly.”

Nothing in Bergh’s early life forecast his call to compassion. A dilettante playwright with no children or pets, he once explained to a friend that he disliked her dog not because it was small, but because it was a dog.

But in his early fifties, while serving as envoy to Czar Alexander II in 1863, Bergh witnessed cruelties that awoke his humane impulse. He resigned his post to study England’s Royal Society for the Prevention of Cruelty to Animals—founded after Unitarian Jeremy Bentham asserted that the moral “question is not, Can [animals] reason? nor, Can they talk? but, Can they suffer?”

So Bergh commenced his life work not from an affinity with animals, nor as a squeamish sentimentalist, but stirred by suffering and injustice. “This is a matter purely of conscience,” he said. “It has no perplexing side issues. . . . It is a moral question in all its aspects.”

Newspaperman Horace Greeley and seventy other prominent citizens signed Bergh’s “A Declaration of the Rights of Animals.” The Albany legislature passed an animal welfare statute in response, also chartering the continent’s first humane organization: the American Society for the Prevention of Cruelty to Animals. Bergh’s minister served as one of the ASPCA’s first vice-presidents, urging “zeal and . . . fearless arrests.” Some newspapers labeled Bergh “the Great Meddler”; others, “An Ass That Should Have His Ears Cropped.” Bergh broadcast that all animals fell under the Society’s purview.

Battles between Bergh and circus showman P.T. Barnum became legendary. Yet Bergh more typically targeted routine practices of the day: butchers who bound calves’ legs and stacked the live animals like cordwood for transport over cobblestone streets, or who plucked and boiled chickens alive; dairymen who permanently chained cows to their stalls.
Bergh’s industriousness knew few bounds. Uninvited, he waded into legislatures in white spats and slaughterhouses in rubber boots. Criticized for tending animals rather than people, he replied that if animals had to await mercy until human affairs were resolved, they would still be waiting at the Second Coming.

In 1874, Bergh learned of a nine-year-old girl beaten daily by her stepmother. No person or agency would intervene in a family matter. Bergh not only effected a rescue, but developed the first U.S. law shielding children from domestic abuse. He called for a Society for the Prevention of Cruelty to Children; when no one replied, he created it himself. Newspapers called his innovation “preposterous,” under headlines like “Legislation Running Mad!” and “Leave Our Children Alone!”

Bergh’s anti-cruelty work accustomed him to death threats, public ridicule, and physical attacks. Top hat firmly in place, employing his jaunty cane in self-defense when necessary, he remained ASPCA president and SPCC board member until his death in 1888. By that time, his societies had prosecuted over 12,000 cruelty cases. Long before Bergh’s funeral, his city and nation had claimed him as hero. Many prominent Americans supported Bergh’s work during his lifetime, including Ralph Waldo Emerson and Louisa May Alcott. Poet Henry Wadsworth Longfellow eulogized Bergh as “among the noblest of the land . . . The friend of every friendless beast.”


Adapted from an article by John Gibb Millspaugh in U U World Summer 2011. 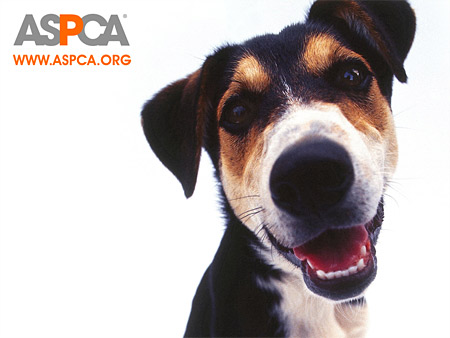