The 43rd Listowel writers’ weeks was opened on Wednesday night by celebrated poet Paul Durcan. The man of many parts gave a brilliant performance. He took us on a literary tour of every town in north Kerry with his wonderful word-pictures. And gave a wonderful story of a Moyvane woman who saw her first Blackman in a hospital in Cork.

The Kerry Group Irish Novel of the Year Award was won by Eimear McBride for A Girl is a Half Formed Thing. Playwright Bernard Farrell received the John B. Keane Lifetime achievement Award. This award is in memory of one of Ireland’s greatest literary figures and one of the founders of Listowel Writers’ Week. More prizes and entertainment galore. It was a late night.


Thursday morning started with a walk “A Celebration of the Distinctive shop fronts of Listowel.” The tour guide Vincent Carmody is a great authority on Listowel. I have an interest in ornamental plasterwork and it was wonderful to have a leisurely look at the designs created in the 1800's and early 1900's by plasterwork craftsman Pat Mcaulliffe.

It was followed by “Winners readings” in the Listowel Arms and at noon an Art Exhibition of the works of Edenderry man Willie Redmond. Since I couldn't be in two places at one time I missed the launch of John O Donnell’s book “On Water.” But I made it to Saint John’s Theatre at one o clock for Stefanie Preissner.

I'm glad I didn't miss Stefanie Preissner's one woman show "Solpadieine is my Boyfriend" in Saint John's Theatre. This Cork woman is a genius. In fifty minutes, without a break, she took the audience through all the emotions known to man.

For those who prefer their poetry with nothing added and an early night, there was “Poetry Without Pints” a solid hour of poems and recitations in the shadow of historic Listowel Castle was the order of the day: an Open Mic session in the wonderful open air of Listowel MCD by Mayo man John McGrath at 3.30. John was also Master-of- Ceremonies on Friday night’s Poets Corner.
Friday started with a walk in the footsteps of the late John B Keane as local historian Vincent Carmody, once again, took us on The Sive Walk. It’s well-known that John B loved this particular walk and may be where he got much of his inspiration. We took in the sight, sound and smell of turf being harvested as The Sive Walk passed through wild bogland where turf cutting takes place.


“Sive” is one of John B. Keanes best known plays but many people outside Ireland may not be aware of the plot: The story is centered on a young eighteen year old girl called Sive who is illegitimate. She lives with her uncle Mike, his wife Mena, and Nanna who is Mike’s mother. A local matchmaker Thomasheen Sean Rua decides that Sive should marry an old man called Sean Dota. Sean is rich but old and haggard. Thomasheen convinces Mena to organize the marriage of Sive to Sean Dota. She and her husband will receive a sum of two hundred pounds as soon as Sive marries Sean Dota. Mike is originally unwilling to have Sive married to a man so much older than her, but Mena convinces him otherwise. Sive however is in love with a young man by the name of Liam Scuab. Liam however is not suitable as he is related to the man who got Sive's mother pregnant out of marriage, before going to work in England and drowning. Mike believes that Sive's father deliberately abandoned her mother upon discovering her pregnancy, refuses permission for Liam to marry Sive on account of his being related to her father.


Sive is distraught but is forced to do the will of her uncle and his wife. Nanna does not approve and would prefer her to marry Liam. Two local tinkers by the name of Pats and his son Carthalawn connive together and decide to help her escape from Sean Dota and marry Liam. They plan to do this by giving a letter (written by Liam Scuab) to Nanna, who will then give it to Sive. The plot fails however as Thomasheen discovers the letter and destroys it. On the night before her marriage Sive disappears and shortly afterwards Liam finds her corpse in a bog hole. He carries the body in to the house announcing to Mena that she is responsible for her death. As Liam cries over the dead body Sean Dota and Thomasheen both leave the room. The play concludes with Pats and his son singing about a maiden who was drowned as she would not be a bride.

And another one of John. B's plays Moll is playing to packed houses in the Gaiety Theatre in Dublin. Whenever you see a John B. Keane play on your side of the Atlantic don't miss it.

God Has No Country is a one-man-show performed by Donal Courtney. It tells the story of Kerryman Monsignor Hugh O Flaherty in Rome during the second world war. At great show which played to a packed house at Saint John's Theatre.
Sean Lyons launched his book of comic poetry and John McGrath had an open-mic session outside in the blazing sunlight. A tribute to Seamus Heaney in Saint John's was followed by a fantastic concert by two of Ireland's greats John Sheahan and Eamon Keane.

And . . .John McGrath hosted another late night Poets' Corner in the Kingdom Bar.

Saturday:
Time or space won't allow me to give you a detailed of the many events on Saturday. I'll just mention two:

and a reading by the brilliant Billy Keane.

By the time you read this I will be at what, has for many years, highlight of my week: The Healing Session, a marathon open mic show in John B. Keane's on Sunday, which features the talent of Ireland and beyond. I will have to miss stand-up comic Paddy Regan in Saint John's which kicks off at one o clock.

Photo below is Mattie Lennon at Listowel Writer's Week. 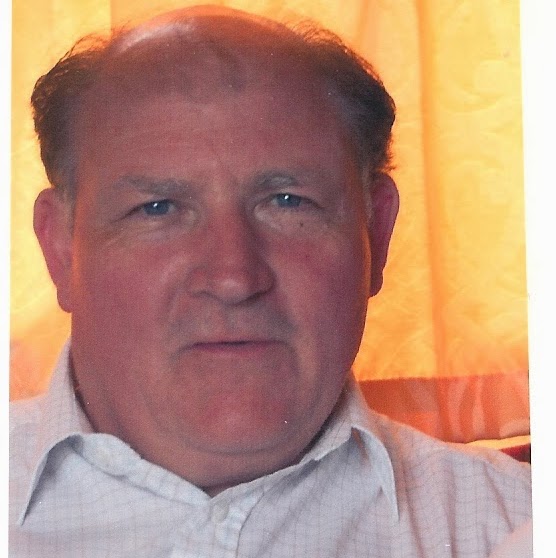