Did you ever own a Slinky? Me too. Fascinating toy, right? Kind of like holding a ferret. They are wonderful! Slinkys I mean, not ferrets, although they’re awfully cute too. Slinkys can’t do much except to walk/fall/flop end-over-end down stairs and across floors but that’s enough. It’s magical and funny how they do that, but isn’t it incredibly disappointing when you get one tiny little bend in one of the coils and the Slinky won’t work anymore? One small bend and done. Heartbreak.

I well remember when my little brother at age 5 stole my Slinky from me, squashed the 2 ends together, held it up proudly and proclaimed it a “lollypop Slinky.” He’s now 74, I’m 78 and I only mention it to him every few months now instead of weekly. I’m all about forgiveness.

As you know, I love to learn the history of stuff and things, and the history of the Slinky is a good one. Wanna know it? I knew that you would. There was a young man named Richard James who, during WW II was assigned to a battleship to test the horsepower of its engines by using a torsion meter. We all know exactly what that is. The ship lurched and that meter thing fell off a table and bounced end over end across the floor. You know where this is going, right? Richard had a Eureka! moment, thinking that torsion gizmo might make a great child’s toy. He passed the idea by his wife Betty who thought it would indeed make a terrific toy, she figured out a name for it (I know--- you’re way ahead of me here) and Slinky was born.

Richard, a smart guy, patented the device in 1945, named his new company “James Industries,” borrowed $500 to make 400 prototype Slinkys and put them into a store. However, Slinkys sitting still alone on a shelf are boring, so a demo was needed, but where? Gimbel’s Dept. store in Philadelphia let Richard be demo-dude in a small space at the end of their toy department. Close to Christmas, Betty worried that no one would buy any Slinkys so she and a pal decided to act as shills and to buy a lot of them to attract customers. No need. Betty found her overwhelmed husband having trouble keeping up with the crowds waving dollar bills at him. Their Slinkys were quickly sold out.

Talk about Great American Entrepreneurism! Sales of Slinkys boomed, and in 1946 it was named Toy of the Year. The Jameses opened a small factory in Germantown, PA, advertised, and the Slinky became a TV star, even appearing in a few movies, and they went into millions of homes. In 1945 the price was $1. but by 1996 it had only increased to $2.

However, there’s a little drama and juice along the way; Richard ran off to Bolivia to join a religious cult, leaving Betty to run the Slinky business and to also raise their 6 children. What a guy! Betty managed to get a new plant built; she hired a tiny advertising agency (still to this day advertising the toy) who created the jingle, “Everybody loves the Slinky” (still extant) and she became a multi-millionaire. So did Richard because he held the patent. He remarried and died in Bolivia.

Sometimes we can see Slinkys made of plastic, but folks they’re just not the same. They don’t work. They don’t walk. They don’t charm. They do break. Buy the real deal. They are still wonderful and comical and the only changes are that they are incorporated into the bodies of lots of other toys (see the remarkable “Toy Story” animated films for example) and they are now color coated.

A Slinky is on display in the Smithsonian Institute and the Metropolitan Museum of Art right now. Can’t get much better than that.

In 1995 Slinky celebrated 50 years of success and 400 press kits were sent to TV stations all over the USA, containing a T-shirt and a mahogany box holding a 14 carat gold plated Slinky. How beautiful. Can you imagine? One wonders though---can gold plated Slinkys flop down stair cases and walk across floors? 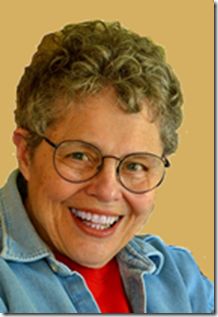