Lady Gregory, in her play, “The Workhouse Ward” took a humorous look at life in an Irish workhouse. Two paupers, Mike MacInerney and Michael Miskell, are in neighbouring beds in Cloone workhouse. They are bitter enemies. However when the sister of Mike MacInerney comes up with a plan that would separate them it doesn’t work out. They refused to be separated as they would be lost without each other’s company. As soon as Ms MacInerney’s back is turned they begin their bitter arguments and commence to exchange insults once again. Of course, in real life, there was little to laugh about in the workhouse.

The Irish Workhouse Centre in Portumna is the only centre in Ireland dedicated to telling the story of the Irish Workhouse. It is located in a real workhouse in Portumna, one of the best preserved workhouses in the country, with all seven main buildings intact. Steve Dolan told me, “The first workhouses opened in 1842, before the famine, with 163 built in total. The workhouse was the last resort of the destitute poor from the 1840s and life in the workhouse was particularly harsh. Family members were split up into separate quarters with both young and old expected to work. In return, these ‘inmates’ received just enough food to survive. As an institution, the workhouses were hated and the stigma was such that, for generations, few people would admit to having had relatives there.”


At Portumna, visitors enter the workhouse via the waiting room, the actual room people came through when seeking admission to the workhouse. A short film is then shown in what was the girls’ classroom. After this, visitors are guided through the yard and dormitory block, including the matron’s quarters, the nursery, the women’s workroom and then the laundry. Visitors also have the opportunity to see on-going conservation and restoration work in progress. The guided tour lasts about one hour. The centre is open 7 days a week, from 9:30 to 18:00.

The centre will have three Workhouse / Famine-related events for Heritage Week - To launch Heritage Week, on Saturday August 20th the Workhouse is offering free guided tours for families. Tours take place every hour on the hour from 10 am to 4 pm. On Sunday August 21st at 1:30, accomplished writer & poet Margaret Hickey looks at the history of Ireland through food and drink. This is also a free event. And on Monday August 22nd, Aileen O'Dowd of the Irish Workhouse Centre presents a special talk on the history of Portumna Workhouse through artefacts uncovered during its restoration. This again is a free event.

You will find more information at: Irish Workhouse Centre 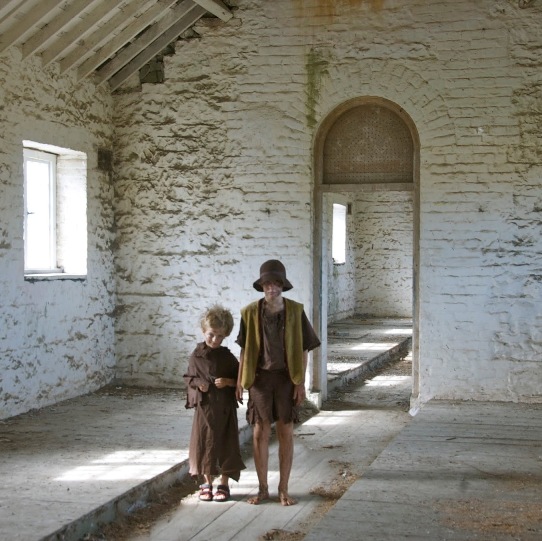