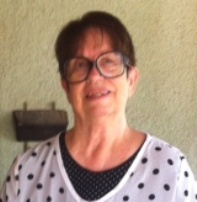 The article "Deep Sea Diver Shares Some Expertise" was first published in "Hobbie$, Etc., June 1995; reprinted for the "Pencil Stubs Online" issue of May 2000, and again this month because "The Abyss" movie is being reshown on HDNET Movie Channel and others on network TV. This article is an interview by your editor with James Smith, owner (at that time) of a deep-water exploration and salvage company--Oceaneering, International, who explained that the submarine called Deep Rover in the movie, is the "CalSub" his company owns. As far as the movie goes, HDNET's intro states "The Abyss is regarded as the toughest shoot in Movie History. The actors worked underwater several hours a day, resulting in physical and emotional troubles during the entire six-month shoot."

If you didn't catch any of the scheduled replays of this highly interesting movie, check for it On Demand or Netflix, etc. Watch for the sub mentioned in the interview with the Oceaneering owner.

The other article by Melinda Cohenour, "My Daddy," expresses many sentiments shared by your editor who happens to be her sister. This month our Dad would have been 103 years old.

John Blair, also thinking of family, added "Things My Father Touched" to his other six poems this month. They are: "My Name Is Ival," "Full Moon Tonight," "Moment By Moment," "Tonight," "Piano at 75," and "Repeatedly."

Phillip Hennessy's poem "Strangers" along with Bud Lemire's "Be You" and "Mollie" by Bruce Clifford round out the October poetry content. The latter poem is very much also a 'family' remembrance.

Judith Kroll's "On Trek" titles her piece about her father, "Old Folks" highlighting his longevity. LC Van Savage's column "Consider This" is also about family, and features Noel and his interests which began at an early age.

Thomas F. O'Neill, "Introspective," tells of a field trip with his students to Shanghai's science symposium while Mattie Lennon in "Irish Eyes" takes us along with him to hear Percy French once again.

"Reflections of the Day" by Dayvid Clarkson adds a blessing to your own day. He has a calming and soothing way of sharing his thoughts.

Rod Cohenour's "Cooking With Rod," helps you ladle up a healthy version of chili, and Melinda Cohenour's "Armchair Genealogy" discusses the interesting research aspects the new DNA testings can bring to your own genealogical family tree.

Story by LC Van Savage is about a child who finds a different kind of friend, a bee. Beth and the Bee is a good read aloud child's tale. The Bear tales featuring Ollie-Dare by Rebecca Morris, concluded with the September issue.

Watch for us in November!