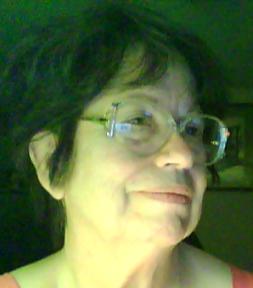 "Good judgment comes from experience and a lot of that comes from bad judgment."--Will Rogers
The month of Love and Valentines burst into really erratic weather across the North American Continent varying from record low temps and snowfall to record high temps and enough rain to erase drought status across much of the USA. What else marks this month for the current year, especially for some sports enthusiasts, is the Super Bowl featuring once again Patriots vs not so often Falcons. Even the Pro Bowl played in late January did not turn out the way this editor wanted. Now looking forward to the MLB baseball season that is right around the corner.

Bud Lemire, who has his own poetry webpage with over 700 poems by him, is sharing a half dozen with us. Only one really hints at Valentines Day, "Love, And In Love." The others are "A New Beginning," "Age Is Just A Number," "My Own Bible," "A Book to Read," and the lovely "Snow Light."

John Blair's poems also six submitted are "Reading with My Granddaughters," "Feed And Thrive," "Night Sky," "Damned if You Do..." and one you may have to look up references on the title, "Procyon Lotor."
Four more poets, and or lyricists, add a composition each: Barbara Irvin with "Skating;" Bruce Clifford with "Counting The Seasons;" Adam Bradshaw with "Robbed;" John Bradshaw with "The Vulture." Like Phillip Hennessy, another poet often featured, the Bradshaws are musicians -- the father, John, has had several bands and played with others while his son Adam has not been as much in performing until more recently. They call their preference mostly Christian Rock, and just Rock.

Judith Kroll's column "On Trek" shares her special fondness for country roads. Rod Cohenour's "Cooking with Rod," blesses us with his magic recipe for Cornbread with several variations.

Thomas F. O'Neill, "Introspective," makes some timely observations and "Relections of the Day" by Dayvid Clarkson gives his own sobriety story, stressing it is his path and not perhaps for others -- their own choices must be made. "Irish Eyes" the column by Mattie Lennon of Dublin, tells us some inside info on the author who published the book "Ragland Road" and recalls another poet's "Ragland Lane."

Melinda Cohenour's "Armchair Genealogy" rings forth with the "Shady Characters" on and around her family tree with some well known names like Belle Starr. LC Van Savage's column "Consider This" tells how she feels about the trend ot making apologies here, there, and to whomever. She also is responsible for the only article  titled "Hair Today, Hair Tomorrow." The other article, "Beloved," is by an author you've seen here before as Bethany Davis now uses her married name Bethany Whitaker.

Mike Craner, without whom this ezine would have never made the web, deserves many bouquets for his expertise and patience. The fact that this issue begins the 20th year online gives a hint of how involved he has been--keepingthis little ezine able to continue its mission of encouraging writers, experienced and beginners, and to promote reading.