“Only in you my song begins and ends.”
So wrote Philip Sidney.

When we are intrigued, uplifted or moved by a song how often do we know where it began?

Most Irish love-songs were inspired by women. But who were these women? When you listened to Luke Kelly belting out “Raglan Road” or Brendan O Dowda’s rendition of the haunting “Gortnamona” did you wonder who the objects of the composition were? Gerry Hanberry’s latest book “On Raglan Road – Great Irish Love Songs and the Women Who Inspired Them” gives the story of the unrequited love in Patrick Kavanagh’s life when the Medical Student, Hilda Moriarty admired his talent but didn’t want any romantic involvement with the 40 year old poet. But they remained friends and much later he told her, in a letter, that he liked her,” . . . because of your enchanting selfishness.” That “relationship” inspired the poem “Raglan Road”. The book also tells the stories behind thirteen other Irish love songs and in-depth biographical accounts of their authors..

We are told in great detail who the real “Galway Girl”, “Nancy Spain” and “Grace” were. Thin Lizzy’s “Sarah”, Mick Hanly’s “Past the Point Of Rescue” and Johnny Duhan’s “The Voyage” all have strong and beautiful women behind them. The devastating death of Percy’s Frenh’s first wife at a young age prompted him, in his grief, to compose “Gortnamona”. Whatever about every good man having a woman behind him does every good song have a woman behind it?


Gerry Hanberry (above pic)has published four collections of poetry to date and also a biography of the Wilde family, “More Lives Than One - The Remarkable Wilde Family Through the Generations” and four collections of poetry . In 2000 he won the prestigious Originals Short Story prize in Listowel Writers' Week. Having won the Sunday Tribune/Hennessy Award in 2000 he went on to win the Strokestown Prize 2003 and RTÉ’s Rattlebag Poetry Slam also in 2003. In the Summer of 2004 he won the Brendan Kennelly*/Sunday Tribune Poetry Award and he also won the Galway City and Co. Council's Poetry Award for National Poetry Day 2009 and he has been shortlisted for many of Ireland’s top poetry prizes . Apart from his writing he is acoustic guitarist and vocalist with the great Rock, Country, Blues band The Atlantic Rhythm Section.

He has been invited to read and deliver workshops at many literature festivals and been broadcast on Lyric FM, Galway Bay FM, Newstalk, Midwest Radio, Cape Cod Radio in the US, Ireland's RTÉ and in Australia. He holds an MA in Writing from the National University of Ireland, Galway, where he teaches a Creative Writing course to undergraduates. He is also a teacher of English at St. Enda's College, Salthill. He was a journalist during the 1980s and 1990s, writing a weekly column for the Galway Observer under the name "Joe Barry". In addition he performs regularly as a singer-songwriter. He runs creative writing and poetry appreciation workshops and delivers talks on his non-fiction works around them . “Raglan Road” is published by Collins Press and its author is available to give a reading or talk, sing or play and can be contacted at ; gerryhanberry@gmail.com

Patrick Kavanagh
*P.S. I hope Gerry doesn’t mind me using the following; In 2004 Brendan Kennelly wrote “ Raglan Lane “, a celebratory “poemsong “ that gives Patrick Kavanagh a moment of happy fulfilment rather than a climax of disappointment.

In Raglan Lane, in the gentle rain, I saw dark love again,
Beyond belief, beyond all grief, I felt the ancient pain,
The joyful thrust of holy lust, I stretched on heaven’s floor,
One moment burned what the years had learned and I was wild once more.
The years’ deep cries in her sad eyes became a source of light,
The heavy gloom and sense of doom changed to pure delight,
And as we walked and talked we knew one thing for sure,
That love is blessed togetherness and loneliness is poor.
Then I grew rich with every touch, we loved the whole night long,
Her midnight hair bon the pillow there became an angel’s song,
Her happy skin, beyond all sin, was heaven opened wide,
But as the dawn came slyly on, I slept and she left my side.
Why did she go? I’ll never know, nor will the gentle rain,
Her up and go was a cruel blow, and yet I felt no pain
For I had known her body and soul, in my own loving way,
So I lay and thanked the God of love at the dawning of the day. 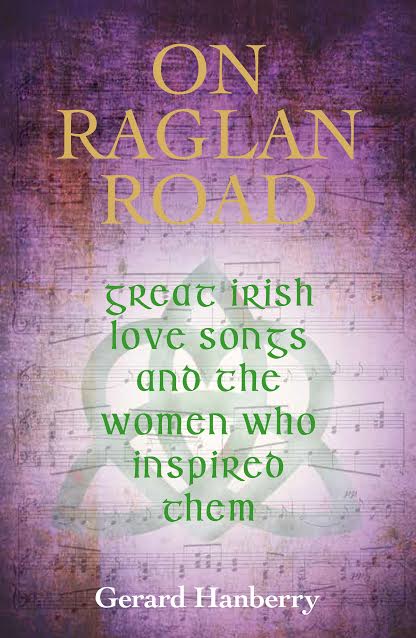