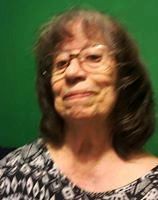 “November is auspicious in so many parts of the country: the rice harvest is already in, the weather starts to cool, and the festive glow which precedes Christmas has began to brighten the landscape. " — F. Sionil Jose, Filipino writer.

November! Another month, another issue! And Yes! Your editor takes this publication online as a labor of love. It was dedicated, and still is, to AG Adair, my late husband who started in newspaper while still in High School - as a Jr, he and a friend, leased and operated a local newspaper publishing twice weekly, and were recognized by the Associated Press as the youngest owner-operators of a news publication. He went on to learn linotype at the Uvalde News in TX, then after his service in WWII, returned to newspaper work, owning his own paper in Crane, TX for a few years then becoming News Editor for the Monahans News in 1963, where he continued, adding photography and printing pictures after changing over the plant to digital type and installing and operating a 4 unit Goss Press with full 4-color capability, and was working on a story in 1996 when he suffered a fatal heart attack. During our marriage we also owned and published several different small monthly newspapers..Cross Trails for square dancers and callers, Hobbie$, Etc -which went to 7 countries and 43 states including Alaska and Hawaii by mail subscriptions. That evolved into this online ezine Pencil Stubs Online after his death when I could no longer afford the rising cost of publication, supplies, and overseas postage to continue actual print work, thanks to the assistance by Mike Craner who did/does the web work. I also worked as Circulation mgr for the Monahans News, reporter and staff member to do layouts for another area newspaper, and when a department head in Fedway at Longview, prepared my own quarter page of the double truck ad run weekly in that city's newspaper (hot press, using rubber mats for photos in ads.)

Bruce Clifford's song lyrics are "Over and Out" and "The Limit" for this month. Bud Lemire has two poems, "I'm Afraid of Needles" and "Tennis Elbow." John I. Blair sent three new poems: "Beneath My Feet," "Like A Tiny Dinosaur," and "As Days Grow Dark."

One of our laid back authors Mark Crowder (he sometimes writes as Lexie, the cat, sometimes as Rabbo, the super rabbit) researched and prepared "For the Fallen" an Armistice Poem written at the close of WWI in 1914, Source: The London Times (1914) ©1914 By Laurence Binyon.

Linnie Jane Joslin Burks, late aunt of your editor and the author of the column "Armchair Genealogy" left many poems along her way while serving 32 years as a Southern Baptist Missionary with her husband Dr. Edgar Burks in Nigeria. Four of those poems found their way for this issue: "She Loved Me," "On President Kennedy's Funeral," "Snow," and "My Work," the latter the true focus of her life.

Marilyn Carnell with aplomb, tells of her Driver Licenses, for several different states, not always the easiest task. Melinda Cohenour's "Armchair Genealogy" adds to the tale of the Traitor, Benedict Arnold V, beginning to tie into family origins of her own.

Thomas F. O'Neill in his "Introspective," reveals an early friendship with an amazing celebrity, and how it helped shape his future. Judith Kroll aka Featherwind uses her "On Trek" column to emphasize "Lovelights," and includes an eye opening photo for which she penned a few lines.

"Cooking with Rod" by Rod Cohenour introducing a Chocolate Raspberry Mousse, a stunning and delicious addition to his repertoire. Mattie Lennon's "Irish Eyes" subtitled "Scalpels, Skulls, and Rigor Mortis," blends reviews of a couple of recent publications and their authors with a few jokes and a personally pleased announcement.

LC Van Savage "Consider This" recalls an uncle who was "A Veteran" and how he coped being home again. She also has one of the articles, in which she tells about "Hallowe'en Then" and the many differences from today.

Bunny Dunn graciously gave permission to print her tale "My Experience with a Possessed Person" which has echoes of a Halloween type encounter. Many readers may recognize this author as being one of the leading chatters in the former chat site based in Switzerland, "SpiritWeb Org • An Approach of Spiritual Consciousness, Spiritual Web Chat" hosted by Rene (TheFire) .

Thanking our webmaster Mike Craner without whose patience and expertise this ezine would not have been in its 21rst year, is a heartfelt appreciation.