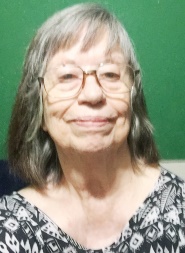 "It was one of those March days when the sun shines hot and the wind blows cold: when it is summer in the light, and winter in the shade.“
--Charles Dickens

Welcoming March and hoping it is imbued with warmer Spring type days to bless us. Our 'Artic Blast' as defined by the national weather service in the brief days of February, certainly brought quite a few of us conditions that made the Winter Olympics seem nearby. The crazness of Texas weather spliced in a few much higher than normal temperatures among the extreme low temps, just to keep us on our toes, raising and lowering thermostats and turning our ceiling fans off and on again.

Our dozen poetic compositions this issue include "Sumertime Woman " from yours truly who grows ever more weary of the unusually cold weather last month poured out upon us. One poem "Patio Cat's Adventurre" arrived from John I. Blair to be included for March, also inspired by some of those fridgid temperatures.

Walt Perryman, our poet who is recovering from a bout of the virus, shows these three, "My Unfinished Baffling Morning Thought," "Have You Ever," and "My Little Grandfalls Church." (Your editor's paternal grandmother belonged to the same church and took my sisters and me there when we were with her on Sundays.) Dayvid Bruce Clarkson, whose column "Reflections of the Day" has a poem "God Had Arrived," embedded in a photo in our compliment of poetry for March.

Danielle Cote Serar's column "A Mother's Lessons" subtitled "Following Through with The Plan," discusses how patience is the important ingredient for everyone. Judith Kroll remembers her father, speaks on creating one's Reality, and shares a sweet tale to make the point.

Dayvid Bruce Clarkson's "Reflections of the Day" column presents a piece based on various recognized attributes and closes with one of his unique goodnight musings. Thomas O'Neill also devotes his column to one of his own compositions, a short story reprinted from 2006, but very timely now.

Pauline Evanosky, in her column "Woo Woo," wants her readers to realize that meditation should be, and can be fun. Marilyn Carnell's delightful column "Sifoddling Along" in which she often shares reminising and historic facts, addresses current times as she discusses "Change."

Mattie Lennon's "Irish Eyes" gets into the subject of traffic lights, bridges, and some literary history of Ireland's Ballydonoghue Bardic Festival. "Cooking with Rod" brings us a favorite recipe, an encore of Rod Cohenour's from March 2016, his Double Chocolate – Triple Raspberry Cake.

In "Armchair Genealogy" column, Melinda Cohenour tells how the subject of the history of DNA became revelant when it was determined as a useful type of info for humans' health research. This continues the series "DNA: Complex. Tantalizing, And Nothing Short of Miraculous" begun in December 2021.

The first chapter of a fantasy (perhaps) serialized story "2061" by Bud Lemire begins with this publication. We will continue with future installments monthly. Enjoy!

Mike Craner and wife Susie, are the backbone of this eZine which was co-founded by him and your editor. Mike keeps this informational and entertaining publication viable Much love and appreciation to them (and their first grandchild) every day. Thanks, Mike, for everything,!

See you in April!