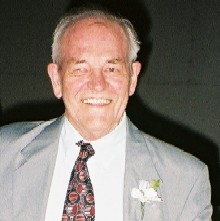 Sister in Law as Guest Cook

Since I'm still a bit under the weather...plague take this rain, anyway!..here is my guest cook for the month. Melinda is the baby sister of editor, Mary E. Adair, and both she and husband Rod Cohenour are excellent cooks. Ain’t it great to have so much talent in one family? I guess I could take off more time and nobody would ever miss me… forget it. I ain’t ready to give it all up yet. Anyway speaking of talent, just make sure you read this special way to cook a Ham, no not me, a bone in ham that is.

Rod bought a bone-in ham on sale. I baked it -- with a mustard, brown sugar and pineapple marinade. We sliced it and ate a couple of meals. We had a very large leg bone remaining with lots of meaty ham left on it, but not where you could slice it.

I decided to try my hand at a new dish I'd never prepared, but had always thought sounded delicious -- a ham chowder. It turned out really lucious, so I thought I'd share my recipe with you. Of course, I cook for a houseful -- and we don't mind leftovers (it makes my cooking chore easier if I have a couple of meals ready to just heat and eat with fresh salad and fresh fruit added........) We just finished off the chowder tonight, with a large fresh fruit tray (strawberries, grapes, sliced oranges, cheddar and pepper Jack cheese cubes and some low carb crackers......)


Simmer ham bone in water until tender and stock looks hearty. Remove ham bone, cool until capable of being safely handled. Remove ham from bone and cut in ¾ “ chunks. Stock should be poured into tall, narrow pitcher and refrigerated until fat rises to top and congeals. Remove fat.


When stock has been de-fatted, pour into bottom of large Dutch oven and add sliced and chopped vegetables. Cover, bring to boil, reduce heat and cook until vegetables are crisp tender.


When chowder vegetables are cooked, prepare cheese sauce. Place butter in sauce pan and melt. When butter is completely melted, whisk in flour, season with pepper and dash celery salt. Permit to cook 1 minute while stirring to prevent scorching. This prepares the roux and rids the flour mixture of its “raw” taste. Begin adding milk slowly, whisking while adding. Bring mixture back to boil, stirring constantly. Do not permit to scorch. When béchamel sauce has thickened, remove from heat, add cheese and whisk briskly. This creates a thickened cheese sauce.

Add the cheese sauce to the hot stock and vegetables. Add the cubed ham, can of drained corn and parsley, then taste. Adjust seasoning if necessary. Stir until liquid is evenly velvety.
Serve hot with crisp salad, hot bread and fresh fruit for dessert. Serves 12 easily. To prepare for four reduce ingredient list as appropriate.
©September 2006 Melinda Ellen Cohenour


Click on Helmer's byline for bio and list of his other works published by Pencil Stubs Online.