A Tall Texas Tale That Is True 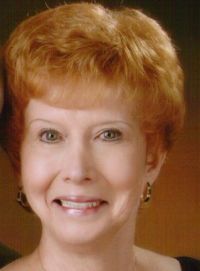 
I was born into a family of 6 brothers and 2 sisters and our Daddy worked for the Gulf Oil Company. We lived in what is called a “tank farm.” That is where the families of the men who work for the oil company live in houses provided by the company. They are all in a row out in the country close to the oil wells and the big oil tanks. It was a lot of fun growing up out there because we were all friends; there were about 12 families living there.

Our family was kind of a novelty because of so many children. The bus picked us up really early in the morning and we rode to Wickett to pick up other kids and finally to school. This was way before television so we made up games and we played baseball and football with our brothers and other boys in the camp. There was one other girl besides my sisters so we had to get along with the boys. We also ran track and we had the hurdles to jump. I could jump the low hurdles but not the high ones. My sisters and youngest brother and I each had our place to stand by the different hurdles and if one of the older runners knocked one down we “got” to pick them up. We thought we were really special because they let us help them.

One of the neighborhood boys, John Allen Taylor, had an old jalopy and he would take us all riding around the tank farm. That is a wide-wide circle that goes around an oil tank and it is sloped so that made it even more fun!

During the summertime my Daddy would let one of us at a time go back to work with him after lunch. That was a VERY big treat because he made us feel special by having some time alone to spend talking to him and seeing what he did for a living. He gauged the oil pressure and other things in the big, big tanks that held the oil.

We also had bar-be-cues, picnics and ice-cream parties and this was lots of fun too because all the families got together. We took hikes, but not alone. You always had to have more than one person because there were lots of rattlesnakes out in west Texas.

Sometimes we had very, very bad sand storms. The sky would turn red and the sand would be so bad that you could not see more than a few feet away. It was very eerie and kind of frightening … but you got used to it. For some reason they do not have as bad storms out there any more.

We went to church; of course everyone else did too. It was funny sometimes because there were so many children that occasionally one of us would get left at the church building in town and we would have to go back for them!

One of my brothers, Oscar, loved animals and he raised FFA club calves. He loved his calves so much that when they were to go to the Fat Stock Show held each year … and that’s where they sold them, Oscar would sleep out there the night before and he cried where no one could see him when it was time to tell them goodbye. He always named his calves. We always had a garden with lots of vegetables and we also raised some chickens so that we could eat them. My mother was the best cook in the world!

I have given this background story so that you can see a little of what it was like to grow up in west Texas in a loving family atmosphere. About 4 miles from our house there was a big, big cave and everyone around our camp and town of Monahans called it, “Rattlesnake Cave” because it was the home of probably hundreds and hundreds of rattlesnakes. When you came upon the cave it was obvious what it was and you could walk in but then after a while of walking, the opening became smaller and smaller and you had to get down on your hands and knees to go further.

One day one of my brothers and two of his friends, Charles Hutchison and Eddie Sampson, decided they would “play hooky” and go to Rattlesnake Cave. They did not tell ANYONE where they were going. They took off and roamed around the countryside for a long time and then got to the cave. They began to go in and after they went a little way, Eddie decided he didn't think he wanted to go any further. He told the others goodbye and he walked home. From the cave to his home was about 5 miles. The boys had spent a lot of time exploring before they got to the cave so … by the time the boy who decided to go home, it was dark when he got there. Eddie ate his supper and was tired and went to bed … but still he did NOT tell anyone where the other two boys were.

Well … my brother, Pete, and Charles went further and further into the cave. They had not brought flashlights with them but just a big box of matches to light and see where they were going. As I said, the further they went into the cave, the narrower it got. After a while the boys realized they were in trouble. The matches were gone and it was the darkest dark they had ever been surrounded by. They could feel the RATS run by them and flutter against them. Before their matches were gone they had seen the rats and they were as big as CATS, but being TOUGH boys, they weren't afraid. And we had all been brought up with the rattlesnakes and knew to fear them but had also been taught that you are supposed to leave them alone. And being young and naïve, they hadn't been afraid of things. Quite some time passed and they realized they might just never get out of the cave. The fact that no one except Eddie, the friend who went home, knew where Pete and Charles were was beginning to sink in. They decided to pray and they began singing songs that they learned to sing in church and they cried some too… not knowing really what was going to happen.

Meanwhile back at the Walters house … “Where is Pete? Didn't he get on the bus this afternoon?” “Who was the last person to see and talk to him?” All the questions began to cause fear in the hearts of Mother and Daddy and all of us kids. My Daddy had the flu and was very, very sick. Brian, my brother who is two years older than Pete, began making phone calls to classmates of the missing boys. It was over quite a period of time that someone came forth and said Pete, Eddie and Charles had played hooky. Calls were made to Eddie's house and his folks said he was in bed asleep, BUT … Charles’ parents said he was missing. Through many phone calls and piecing stories together it was decided to ask Eddie’s parents to wake him up! He sheepishly admitted he played hooky with them and that they had gone to Rattlesnake Cave. Everyone, upon hearing this, became very fearful for the lives of Pete and Charles.

Word spread quickly all over the Gulf camp and throughout town and soon there were literally hundreds of people out at the cave with flashlights and equipment for going into the cave. They shined their car lights toward the opening of the cave and different people would go and yell to see if they could get the boys to answer, but they were too far into the cave to hear anything. The tension grew as fear grew that they might not be alive. My Daddy got out of his sick bed and went out with the other folks to find his boy. . Jim is my brother two years older than me and I know he remembers all of this. Laura and Linda are both younger sisters and I'm not sure exactly how much they remember, but it brought a house full of neighbors and friends to wait with Mother and the younger children.

They finally decided to tie a really long rope around the waist of someone willing to go into the cave and if he found them he would jerk on the rope. They ran into a problem very soon because every one who tried to go in would get to the point where the opening narrowed so that they couldn't get through. Someone remembered that a man in town, whose name is Grady Kidd, was a VERY small and short man and someone went to town to ask if he would be willing to go in. He came back with them and went in. After many hours Mr. Kidd found Pete and Charles and brought them out one at a time to a cheering and relieved crowd of people. It was near morning by the time both boys were brought out.

Our family doctor, Dr. Kunstadt, checked the boys and pronounced them in good shape, though shaken, nervous, tired and hungry. He asked if the boys would be punished whereupon my mother said, “No, the boys have been punished enough!” And this from a little lady that could really swing a switch to all those kids when we misbehaved.

Someone asked Pete if he was scared and he said, “No, I knew my Daddy would come and find me.”


NOTE:
Pete (pictured below) is now deceased and Charles Hutchison, the other boy in the cave, died in a car wreck while in high school. 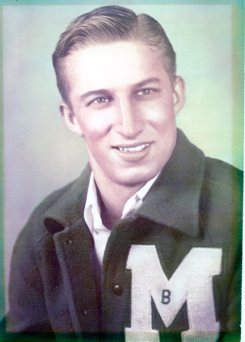