Fun With A Name

All my fairly undistinguished life I have possessed one highly distinctive item – my middle name. Among all the people I knew when I was a boy, there was only one other who shared that name – my father. Eventually I learned that his father before him had borne the same name, and a couple of my older first cousins. When, in the course of time, I had a son of my own, he inherited the name as well.
The unusual name? Ival.

Most people can go a lifetime and never know an Ival. Maybe an Ivan, or (for girls) even an Ivalene (popular in Alabama). But Ivals in this country number at most in the few hundreds today, and probably were even rarer in the past. 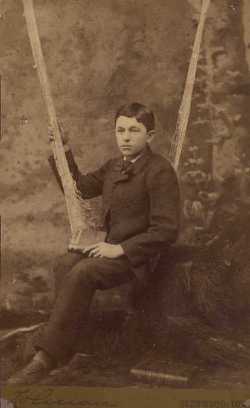 Now it can be useful to have an unusual name. It’s handy for keeping your all-important governmental files straight, and even your “permanent record” at school. In high school it once kept me from being confused with another John Blair, who was flunking English when I was acing it. The world is fairly full of John Blairs, and even John I. Blair is not that uncommon. (One of the wealthiest men in American history was John Insley Blair, the 19th-century railroad magnate, who may have named more towns than anyone else in history – all of them along his rail lines.) But I’m the only John Ival Blair I know of, today or at any other time.

I have never been able to trace the name Ival further back than my grandfather. In college I tried to research it, using the resources of a major research library, but drew a total blank. For years I’d given up.
Recently, however, newly retired and with time on my hands and the Internet as a tool, I have tried again. And as always with genealogy research, it’s been a learning experience far beyond just the name.
A “popularity” search on Whitepages.com quickly told me that, as a first name, Ival was most popular in the states of Ohio and Missouri. I wondered what that meant. Many names, both given and family, do have a distinctive distribution like that. Often this has to do with migration patterns; equally often the cause remains a mystery.

Then a lucky hit in a Google search gave me an article about the history of Ival, or Ivall, as a family surname, which was news to me. As a family name Ival may have originated in the eastern Scottish highlands south of Moray Firth. Since Blair is a Scots name, this seemed an interesting coincidence at the very least. 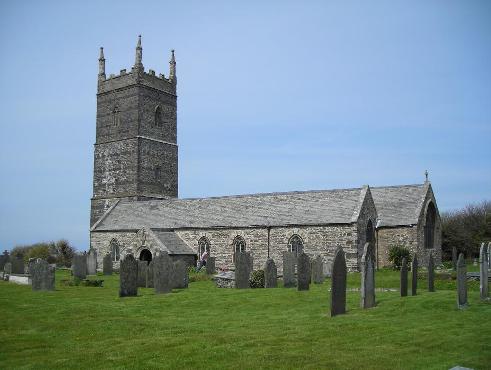 One tantalizing fact I also discovered is that there was a Saint Eval, of obscure life in the 6th century, who is honored with a lovely medieval rural church in Cornwall to the west of St. Columb Major. That was also a bit confusing. I have a family branch from St. Columb Major, but it’s on the other side of the family from the one that names kids Ival.

And I learned that Ival can be either a man’s name or a woman’s name, which lends support to the notion that it originally was a family surname. Many families have, or had, a tradition of naming children after related, or neighboring, families. For example, my great-grandfather William Patterson Veale was named Patterson after his mother’s family name.

Then a second cousin of mine came up with the information that my grandfather Ival had had a first cousin who also was named Ival. What did they both have in common? Their mothers were sisters. That gave me a hunch that perhaps the name (at least in my family) came from the two sisters’ family, which happened to be the McWilliams family, which had lived in the general area of northwest Missouri and (possibly) southeast Nebraska, at least in the mid-nineteenth century decade to which I had tracked the name.

Along the way I identified, and communicated with, a couple of other non-related Ivals, each of whom also had wondered about his odd given name. We made common cause, and shared data – always an excellent route to enlightenment. One of them, an administrator at an Oklahoma university, revealed that he actually had been born in the same small area of western Oklahoma where my grandfather had lived, my father had spent his childhood, and three other kinfolk named Ival (after my grandfather) were born. But he’d never personally known any of the other Ivals from that county. His father, who was also born in that area, had also been named Ival. The coincidence seemed very great! Working back from birth and death dates, I developed a working theory, still to be proved – and probably unprovable – that this Ival’s father had been named after my grandfather, who was a generation older, lived within 10 miles, and had traveled the county as a harvest machinery salesman and hence was probably a well-known figure in the area. Stranger things have happened.

Another correspondent was the son of an actual Ival McWilliams, from Omaha. Unfortunately for my research, there was no information about how Ival McWilliams got the name. Still working on that one. Some apparent leads can be more frustrating than informative.
And an Ival from St. Joseph, who was a locally famous news photographer, died just two years before I “found” him; making that link pretty hard to follow up on, though I have sent a letter of inquiry to his surviving family.

My point is, although after half a year’s work I still am not much closer to tracing the origins of my odd middle name, I’ve learned much more about name distribution, family connections, other people named Ival, geography, techniques of learning about given names, and one obscure Welsh/Cornish saint. So I don’t consider my time wasted. (But my wife does.)

Click on author's name above for bio and list of other works published by Pencil Stubs Online.