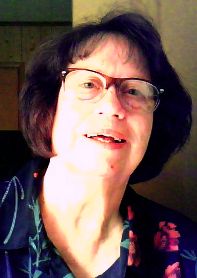 Words form the thread on which we string our experiences. -Aldous Huxley, novelist (1894-1963)

Fewer compositions but more words it seems in this issue, the first of the new volume 15. January and February still sulk in cold and/or changeable weather which apparently leaves some authors at a loss to find words while others have minds that abound with them. This editor would strike a medium between those for this column.

Check out "Irish Eyes" by Mattie Lennon who shares his newest play; "Consider This" by LC Van Savage wherein she devotes her entire space to an epic style poem, written in couplets, but displayed line by line, a little love story for a snuggle indoors day; "Introspective" by Thomas F. O'Neill commiserating with the worries concerning social security and its future as it affects the direct future of so many; and "Eric Shackle's Column" that reveals some fascinating history on crosswords along with a link that's up to date.

"Angel Whispers" by Peg Jones and "Cooking With Leo" by Leo C. Helmer (who's been under the weather) didn't materialize, nor did a column by Caroline Evans or John I. Blair. We hope to see them active next issue.

Blair did submit his half dozen in the poetry section, and they run the gamut from cat fancies to googling from space, all with his inimitable clever turn of words. Bruce Clifford has three songlike poems so sing along with him this February. Wendy Shepard-Kalan shares five of her reflective poems as she spins out thoughts in gossamer images.

Two articles appear this month, one from our Eric Shackle who lists one letter named places, a surprising number of them, it seems. M. Jay Mansfield's "Bending Point" details a real life crisis in his family and follows through to a good working solution.

Mark Crocker's second book of Rabbo adds the second chapter, "Winter" and includes some of Rabbo's poetry as well.

See you in March.