Always Looking - People Who Made a Difference, II 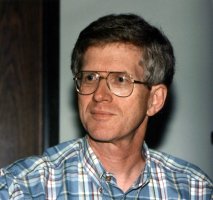 
The Cooper Union for the Advancement of Science and Art, established in 1859 in Manhattan, New York, is among the nation's oldest and most distinguished institutions of higher education. The college offers an unparalleled education in art, architecture and engineering, and has given every admitted student a full tuition scholarship for 150 years. It was founded by inventor, industrialist and philanthropist, Peter Cooper.

Cooper (1791-1883) was a workingman's son who had less than a year of formal schooling. Yet he went on to become an industrialist and an inventor. Cooper made his fortune with a glue factory and an iron foundry. Later, he turned his entrepreneurial skills to successful ventures in real estate, insurance, telegraphy, and railroads. It was Peter Cooper who designed and built America's first steam locomotive, the Tom Thumb. Cooper also invented instant gelatin (for which he received a patent in 1845).

As a boy, Peter Cooper learned carpentry, beer brewing, and hat and coach making; but he was acutely aware of his lack of "even a common education." Though he later became one of America's richest men, he could not spell. In 1800, as a nine-year-old apprentice carriage-maker in New York City, he had unsuccessfully sought a place where he could learn scientific techniques and theory to supplement his innate inventiveness and manual skill.

As he grew up, Cooper never forgot his beginnings or his lack of education. He thought children of immigrants and the working class deserved access to education. Believing that education should be "as free as water and air" he spent the last 30 years of his life creating and nurturing a school for the "boys and girls of this city, who had no better opportunity than I."

As one of the first colleges to offer a free education to working-class children and to women, Cooper Union was a pioneer long before access to education became public policy. At first, Cooper Union provided night classes for men and women in the applied sciences and architectural drawing.

In addition, the college's Female School of Design, open during the day, offered free art classes as well as training in the new occupations of photography, telegraphy, "type-writing" and shorthand. Those free classes — a landmark in American history and the prototype for what is now called continuing education — evolved into three distinguished schools that make up The Cooper Union for the Advancement of Science and Art: the School of Art, the Irwin S. Chanin School of Architecture and the Albert Nerken School of Engineering.

Cooper, however, founded more than a college. From the beginning, Cooper Union also provided a public reading room and library, and a meeting place for artists and inventors. In the historic 900-seat Great Hall, the public heard social and political reformers as well as free lectures on science and government.

Today, the Great Hall continues as a home for public forums, cultural events and community activities. Cooper Union is also the place where Thomas Edison and Felix Frankfurter were students; where the Red Cross and NAACP were organized and where Susan B. Anthony had her offices. Peter Cooper's dream was to give talented young people the one privilege he lacked—a good education. He also wanted to make possible the development of talent that otherwise would have gone undiscovered.

Since 1859, Cooper Union has educated thousands of artists, architects and engineers, many of them leaders in their fields. “My hope is that the love and desire for scientific knowledge will cause unborn thousands to throng the hall of Cooper Union to learn the beauties and to obtain the benefits provided in nature for the use and elevation of mankind. These will be known and enjoyed where men keep, subdue and hold dominion over the world and all that is in it. I trust the young will here catch the inspiration of truth in all its native power and beauty and find in it a source of inexpressible pleasure to spread its transformed influence throughout the world."