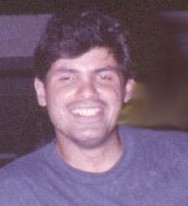 The race for the White House seems to be turning in President Barrack Obama’s favor especially after a video surfaced of Mitt Romney speaking at a Florida fundraiser. In the video he said 47 percent of Americans don’t pay taxes. His statement is correct but what he went on to say angered many. He stated that 47 percent of Americans have a victim mentality and feel entitled to our Government entitlement programs. He sounded as if he was saying nearly half of our country is made up of moochers.
In the same video Romney stated 47 percent of Americans won’t take responsibility for their lives and that he won’t win those people over because they will vote for Obama. He came off in the video as if he doesn't care for nearly half of America.
Is there abuse within the welfare system you bet there is but many people in our country the ones Mitt Romney appears to be dismissing don’t want to be in that situation. Many are retirees barely getting by and millions of others have lost Jobs, homes, and their savings. They have truly fallen on severe difficulties not the moochers Mitt Romney makes them out to be.
A large percentage of our country’s homeless are veterans living on the streets of America going through their daily routine mostly ignored. Many people have lost their self-respect, their dignity, and feel as if they are failures in life. They feel they have fallen flat on their face unable to get back on their feet.
Falling flat on your face does not make one a failure remaining flat on your face defines a failure. The moment you pick yourself up and brush yourself off is the moment you take a fresh start in life. There are those who think they can’t and give up trying and there are those who think they can and continue on against all adversity. That is the true measure of one’s character and it is not gauged in times of comfort and convenience but rather it is measured in times of challenge and controversy.
Most voters feel our country lacks vision and leadership and they are not really satisfied with the 2012 Presidential choices. That won’t stop many from voting though but I don’t think this will be the year of Mitt Romney. He is trying to pass himself off as a great righteous soul a man for all the people but he seems to have made quite a lot of missteps throughout his campaign. The missteps were mostly due to saying the wrong things at the wrong time to the wrong people.
America is searching for a leader who will tell them not what they want to hear but the truth. They are searching for a great soul that can provide our country with vision and direction toward a brighter future.
Great souls enter the world and become known by the sheer force of their opposition from small mediocre minds. The light that emanates from these extraordinary leaders will always dissipate the darkness from the mediocrity. The Republican Party however is trying to win over the American people through mediocre leadership.
No matter who wins the election America will still have rough times ahead but our country has been in rougher times in the past. We always pull through in times of great need and our country has enjoyed the fruits of our labor in times of plenty.
Our national character will always be measured though by how well we reach out to those of the least influence, the unseen, the undetected, and the downtrodden those with the least means to stand on their own.
I suppose in Mitt Romney’s eyes those who care for the poor are the Obama people and I suppose that is why I will be casting my vote for Barrack Obama in 2012.

Always with love from Suzhou, China

Click on Thomas F. O'Neill for bio and list of other works published by Pencil Stubs Online.