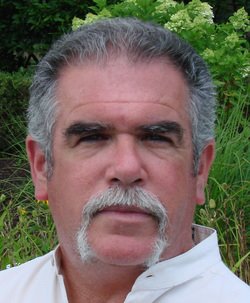 2014, being a Universal 7 Year will bring about a greater reflection on the past so that we may learn how to improve upon it and build for the future. The SEVEN calls for a deeper analysis of situations with greater thought and consideration given to the beliefs and actions which we hold. This is a year for visualizing the future through more research and investigation to better understand the 'why' of things. We must work to engender a calm and steady approach in guiding the course of action. In many instances, people will be looking to master and perfect that which they do, using the lessons of the past as a foundation for improvements in the future, as opposed to beginning new projects and starting from scratch. It will be this type of belief system and attitude that will lead to legislation for national improvement. Patriotism may take on new and deeper meaning without the partisan divide of “...you're either with us, or against us”. 2014 could see an increase in the growth of the GNP of nations around the world and financial improvement is a very strong possibility.


2014 may also bring about a greater interest in nature, farming and agriculture as people work to strengthen their connection with Mother Earth and look to become more contemplative and reflective on the inter-connectedness of life. This could lead to a stronger trend toward conservation and the ecology as people show greater interest and concern. As SEVEN is an 'internal' number we will find that the infrastructure demands greater attention, especially with projects that involve water (supply, delivery, treatment and safety). At long last, we may find a more contemplative and reflective tone being expressed in the media as a more philosophical and metaphysical view of the world and world events becomes more commonplace.


2014 may also bring about more interest in the areas of religion, spirituality, metaphysics, mystical teachings and the occult as people look to better understand themselves and the world and universe in which they live. This may also bring about an increase and awareness of psychic phenomenon and abilities. Many may find inspiration, guidance and knowledge through dreams, intuition, and the awareness and use of previously unknown personal abilities in the intuitive realm. Because of the SEVEN's association with mathematics and science, this year may also provide great advances and discoveries in those worlds as well as in the world of medicine. Overall in societies around the world, we may experience an increase in writing, teaching and the desire to learn which will lead to a greater interest in education and possible improvements and changes in the structures of how we teach and learn. 2014 should also bring about a greater focus on health and well-being both individually and collectively. On the seventh day God rested and in 2014 there may be a collective and individual desire to re-charge, re-assess and re-direct the energies.


On the negative side 2014 may see a rise in satire and sarcasm in the media and the arts as cynicism and a lack of trust maturate in the minds of populations around the world. Close attention must be paid to the movement and actions that took place in 2012 and 2013 as unresolved, festering conditions could again lead to wars although these wars may be more along the lines of civil wars (the American Civil War began in 1861 after years of conflict and dispute around the issue of slavery). If continued discovery of deceptions and malfeasance are brought to light, we may see a sharp increase in the doubting the trustworthiness of our leaders. These conditions could easily lead to a worldwide increase in fear and fear-mongering. It is these conditions that could lead to revolutions and once again, political assassinations. The more negative the environment of governments and their relation to their citizens the more likely we are to see the beginning of radical political movements. Controversy could be a hallmark of much of what transpires as increasingly, actions are taken to 'muddy the waters' of understanding and truth. 2014 could also see an increase in worldwide health problems especially in conditions involving water. As the SEVEN has a potential shadow side, caution must be taken to avoid deceptive business practices. Societal conditions may also lead to a rise in addictions and addictive-type behaviors.


In conclusion, the energy of the SEVEN of 2014 must be correctly directed in a positive, life-affirming and beneficial way for everyone. The great potential of higher consciousness, increased education, and greater awareness on the part of both the individual and the collective can go a long way in circumventing and overcoming any problems that may arise. People actively striving to re-connect themselves to our planet, while living in greater harmony with the planet and one another will assist in raising the vibration for all. Much of this growth and awareness will be based upon seeking knowledge, applying that knowledge constructively, and living with a greater degree of spirituality. It is through these efforts that we can do great things, and make great progress in healing.


"I wish each and every one of you a very Happy New Year! May you enjoy the blessings of the Uni-verse everyday and may you make it your mission to share yourself, your knowledge and your goodness with all with whom you come in contact. Let us all do our part in making 2014 a transformational year."

Click on Michael John Fierro for bio and list of other works published by Pencil Stubs Online.