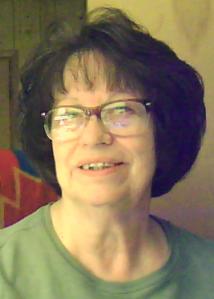 "What if.... We each wrote a diary for our children and grandchildren for just one year. Our own true thoughts and experiences, each day, for just one year. Not Facebook or Twitter, but a real diary, in our own words and handwriting.... For the future of mankind. Something that could not be edited or deleted. Something with a bit of our own essence, hand on paper, thoughts guiding a pen... No advertisements, no one but your own flesh and blood would see...What would you say?" - Michael Craner.

He will surely be surprised to be quoted, but it is such a neat idea and much better than making and breaking resolutions for the New Year. He has wonderful subjects for his writing with his lovely two daughters and fine two sons.  But it is an idea that each of us could do, not costly, not too time consuming and personally beneficial.

Columnists in this issue are Peg Jones (Angel Whispers) who barely made the deadline; Eric Shackle (Eric Shackle's Column) explains why a public restroom is a major tourist draw in Australia; Mattie Lennon, (Irish Eyes) tells us o f the possibility of Elvis being Irish; Michael John Fierro (By the Numbers) discloses his insight about the year of 2014; Thomas F. O'Neill (Introspective) speaks about the one-child policy in China. John Blair's column "Always Looking" salutes Susan B. Anthony, in the thirteenth of these 'People Close-ups' which is timely as women once again make the big push to share in leading our major businesses and various segments of our government.

Phillip Hennessy shares two of his poems: "You Cannot Move On," and "I Walked Those Streets." John I. Blair adds two poems for us: "Christmas Lizard" and "December Days." Martha A Bradley sent "The Miracle of Christmas" and "If Later Never Comes." Bruce Clifford's two are: "Before It Began," and "Lost Without You" Bud Lemire's poems for December are "Merry Christmas from Heaven," "A Victory In Life's Game," A New Year, A New Start," and "Through The Cemetery." That last poem touched your editor deeply as this January 19 marks one year since the passing of Leo C. Helmer.

Blessings for the New Year to each of our readers and authors. Also, we can never say how much Mike is appreciated as he keeps us looking good here.

Look for us in February as we kick off volume 17 of Pencil Stubs Online!