My Best Friend, The Acme Thunderer


It’s tiny, kind of silvery, and very small. I keep it on a long brown cord so I can put it around my neck when and if it’s needed. It has a small, hard ball inside of it and it’s shaped exactly like a whistle. In fact, it’s a whistle.

This tiny whistle has a title, and it’s called “The Acme Thunderer.” An old friend, this is one truly loud gadget. It’s used I think by coaches and referees, and police too. It deafens the person doing the blowing, and can be heard from far away.

Why do I own one? Simple. When our three young sons were out in the ‘hood doing whatever they were doing, most of which I didn’t want to know about and actually still don’t, I could never find them when it was time for them to come home. I used to stand at our front door and scream their names out and while to this day I’m pretty sure they generally heard me, I’m equally sure they generally ignored me. I even developed polyps on my vocal chords trying to round them up for dinner. Surgery fixed that but I was instructed to not speak for a week. Seriously?

I found the Acme Thunderer in a now closed sporting goods store in downtown Brunswick. To make sure it was really loud I asked the store owner if I could test it. Distracted with another customer, he nodded slightly and so paying little heed to the other customers or the fact that perhaps a multitude had already put that whistle to their lips, I put it to mine and blew hard. The shrill sound all but blasted the ears off the people in the store and my own went and deaf for a bit. That was one terrific whistle, and I bought it instantly.

Once home I showed our sons my new weapon of control, and told them that from now on I was going to not scream them home, I was going to blow the whistle, and once they heard that sound, they should understand clearly it was I calling them, and it would not be particularly prudent of them to ignore it. Me. The whistle. I hung it on a long brown cord next to our front door and lovingly advised them that tomorrow would be the day the whistle would be employed.

Oddly it worked. I’d blast and within 10 minutes or so they’d shuffle on home, annoyed beyond belief but trusting me when I’d told them they’d be in dire straits, and yes, we all knew what those were, if they dared to ignore the calls of my new and shiny Acme Thunderer. I also found another use for it; when our boys got into the shower and decided to take a nap, a few loud detonations at the bottom of the stairs from my new friend the Acme Thunderer woke them up and got them out of the bathroom so someone else could use it.

I discovered yet another great use for the AT, and it’s at graduations. We just attended our granddaughter Jordan’s BHS graduation and I blasted that whistle constantly, at the processionals, at all huge applaudings and especially when this very beautiful and worthy kid went up to receive her diploma. And just in case the Acme isn’t enough, I have 2 huge, tall, well-worn fake sunflowers that we wave from our seats so our graduates can find us. And they do. So my precious Acme Thunderer and the sunflowers are doing their jobs. These items have become a tradition and have appeared at numerous family graduations, and hey, let’s be honest here, there are all kinds of nifty ways to embarrass our children and grandchildren, all seriously worth going for. Because of the sunflowers and the Acme Thunderer, our much loved, accomplished and gorgeous granddaughter Jordan Van Savage saw and heard us cheering her on to a glorious, wide open future, so it was all good. Very very good. 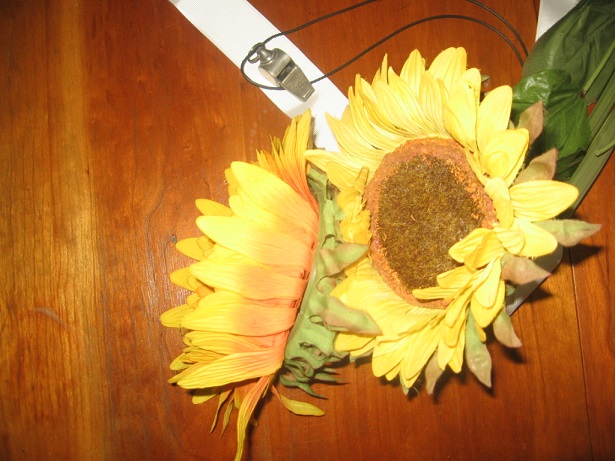