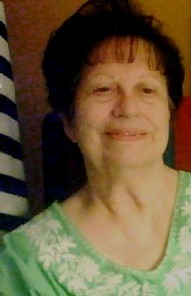 Many of our readers and our authors have entered this life since World War II, often seen written as WWII or called WW deuce. But that war which symbolically ended September 2, 1945, took a few more years to resolve and dissolve all or even some of the bad feelings nation to nation to nation. However, the article "The First VJ Day" by your editor whose tenth birthday came the day Victory Over Europe (VE Day) occurred, describes her initial news of the now historic Victory Over Japan day.

Your editor couldn't be happier that today sees both Japanese and German people as our friends and allies. Her own family bloodline carries a lot of European ancestors, and her loved inlaws represent several different nations. Peace is where it is at.

Speaking of Peace, we welcome a new columnist Dayvid Bruce Clarkson of Canada. His column "Reflections on the Day" brings you into time and space with his personality as you read it. Many other readers have met him, as did your editor, on Facebook. Remember feedback can be given our authors while reading the blog version of this ezine.

Both Rod Cohenour's "Cooking With Rod," and Melinda Cohenour's "Armchair Genealogy" are back with us. Rod shares his Chicken-Summer Berry Salad and Melinda remembers and honors a dear friend and excellent fellow researcher.

Thomas F. O'Neill, Suzhou, China, whose "Introspective" column gives insight on China viewpoints, tells of their electrical plans. Mattie Lennon in "Irish Eyes" catches us up on a few literary events and releases in Ireland, a commemoration to Sean O'Casey, plus a few suggestions for old movies with a valid source.

Judith Kroll's "On Trek" recalls a precious moment in time with her late father. LC Van Savage's column "Consider This" discusses "TTH" and its application in her life as she looked forward to this month. She also includes a tale for children "The Horse of Many Colors."

The other story is Chapter 17 of The Adventures of Ollie-Dare which concludes this delightful series. However, it is available from the first chapter by clicking the author's name. Rebecca Morris originally wrote these whimsical tales with a gentle moral for her nieces and nephews.

A round dozen of poems this issue includes one by Linnie Jane Joslin Burks, sister of your editor's mother, "Twilight in Kentucky." Phillip Hennessy, our song lyrics poet, sent "There is No End." Bruce Clifford's two poems are "Part of The Plan" and "No Place for Children." Bud Lemire's one poem for September is "At The Top." The poem "Scottie Ann" was written by Noralee Carroll Crowson in memory of her High School classmate who was killed in a car wreck. Noralee was another sister of your editor.

Our most prolific poet John I. Blair is getting back in form. His six poems this month are "Fennel," "Halfmoon Tonight," "Night Breezes," "Some Day," "Watching," and "Wrong."

We like happy and so were thrilled when we received the news from Art Greenhaw, Grammy winner for his music, that his 20 year long dream is coming true. He has authored a new comic book series "God's Silver Soldiers" that is faith-based, inspired by the Marvel Comics legend Stan Lee who he began discussing his project with in the 1990's. The article "New Comic Book Format and Heroes" tells some of the struggles and has links for more info.

Watch for us in October!