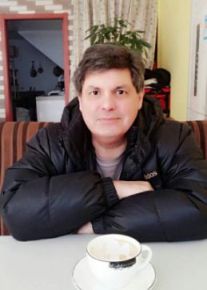 Well, spring has sprung here in Suzhou, China and with the spring comes those little pestering mosquitoes. One thing I hate the most about mosquitoes is there bites which makes them extremely annoying. They seem to enjoy biting me too at all hours of the night and day.

I just learned that scientist here in China discovered a certain species of a mosquito that can grow to a very large size with an 11-inch wing span. That is one scary mosquito and I certainly would not want to be bitten by one of those supper sized insects.

I will let an article that was published in the South China Morning Post International Edition explain in more detail about this new discovery here in China. 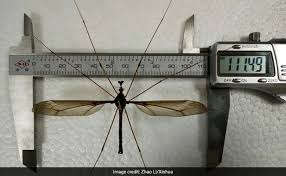 The supersized insect was discovered by Chinese entomologist Zhao Li during a field inspection at Qingcheng mountain in Sichuan province in August. Zhao said he had since spent time confirming that it was the largest mosquito found in the world before revealing his discovery.
With a 5cm long body and a wing span of 11.15cm, it is 10 times longer than an average mosquito and a third longer than is typical for its species, holorusia mikado. 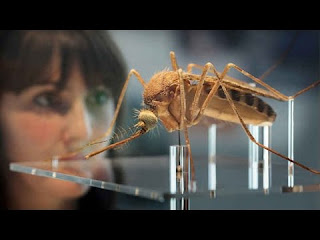 That species is the largest of the mosquitoes with an average wing span of 8cm, and was discovered in Japan in 1876. Zhao’s specimen is from the Tipulidae family.
With a body length of 5cm and a wing span of 11.15cm, the insect is 10 times longer than the average mosquito.
After catching the giant insect and researching online, Zhao – who has been collecting specimens of the species for over a decade – said other collectors claiming to have the biggest mosquito were either referring to models kept in museums, or the specimens were smaller than his.
“I confirmed it was the world’s largest mosquito around the beginning of the year,” said Zhao, director of the Insect Museum of West China in Chengdu. 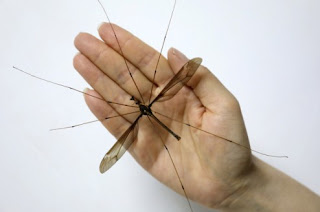 “The mosquito was collected in August last year. After I caught it I quickly made it into a specimen, by killing and freezing it. This may sound cruel, but for insects it is a painless death.”


It will now go on display at Zhao’s museum as part of an exhibition about strange insects in May.
With nearly 700,000 samples from 40 countries around the world, it is the biggest insect museum in Asia.
Entomologist Zhao Li, director of the Insect Museum of West China, said the mosquito will be part of a strange insects' exhibition.


But there is debate over whether the insect is actually a mosquito or not – some say it is a crane fly.
Zhao said “crane fly” was a general term in English for the entire mosquito family, while “mosquito” referred to only those that suck blood. His specimen was not a bloodsucker but fed on larvae, so it would be known as a crane fly in English.
In Chinese though, he said its name translated simply as “big mosquito” – a term that includes those that do not suck blood like the holorusia mikado.
Benoit Guénard, an assistant professor with the University of Hong Kong’s school of biological sciences, confirmed that the insect was from the Tipulidae family, known in English as the crane fly.
But he said mosquitoes belonged to the Culicidae family, and it was “an abuse of language” to refer to the insect as a mosquito.
A research fellow at Singapore’s National Biodiversity Centre, part of its National Parks Board, also confirmed that the insect was a crane fly. But Patrick Grootaert said it was normal to refer to the species as a mosquito. In Dutch, for example, it is called a “long-legged mosquito”, he said.

The Insect Museum of West China in Chengdu has nearly 700,000 samples from 40 countries.
It is not the first time Zhao has caught a supersized insect. Last year he found what he said was the world’s biggest insect – a female stick insect measuring 64cm long.
He said finding unusually large creatures took knowledge and luck.
“You can only find them if you are familiar with the possible environments of giant insects,” Zhao said. “But of course, they are not things you can plan to catch – you have to rely on luck a lot of the time.”
Although he is most familiar with the environment of Sichuan, making it easier to find insects there, Zhao has explored every province in China and numerous places in Asia, including Thailand, Vietnam and Indonesia, looking for interesting creatures.
More than 800 species of large mosquitoes have been discovered in China, over 100 of them in Sichuan, Zhao said, and the country is home to thousands of species of smaller mosquitoes.

I hope you enjoyed the article and I also hope I never meet those supper sized mosquitoes here in China. If they leave me alone I will certainly leave them alone. 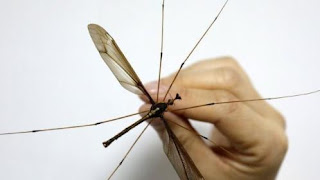