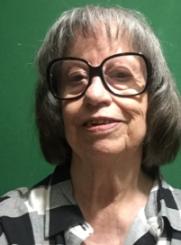 "The Summer looks out from her brazen tower,
Through the flashing bars of July."
- Francis Thompson, A Corymbus for Autumn .

Flashing bars of July could describe the triple digit weather expected as well as the dominance of hurricane reports in the weather news. We are hoping for a calmer, cooler day for the Fourth of July as so many will be outdoors to celebrate and just enjoy meeting up with friends.

Our authors didn't address the Fourth in their submitted works this month, but I love the Fourth of July and even won a small monetary prize locally when the town celebration was held in the park. Still being in the Texas State Guard at that time, we set up a first aide station and as the theme that year was about the Past in the West, I wore what was considered an old fashioned dress while being a "nurse" at the aide station. See pic at bottom of page.

Bud Lemire has five poems this issue: "Farmers Market," "Aronsons Island," "A Pigeon Stared at Me," "After School," and "Facebook." John I. Blair's duo of poems are "Misty You" and "Prometheus." A poem from my grandmother's scrapbook marked author unknown is presented under her name, Carrie E. Joslin, and she has another included for July, "To My Darling." Her second daughter, your editor's aunt, Linnie Jane Burks has "Anticipation of Furlough" penned while waiting to leave Ibadan, Nigeria, for a visit home. Bruce Clifford shared "Sea" and "Air."

Marilyn Carnell (Sifoddling Along) tells of the antics surrounding a couple of her favorite relatives, and LC Van Savage (Consider This) recalls with trepedation attending The Automat with her outgoing, well meaning, often confused grandmother. Judith Kroll (On Trek) discusses the brevity of life, often unexpected demise and preparing oneself for the shock of loss.

Thomas F. O'Neill (Introspective) writes to us while awaiting his return to China to resume his teaching career there. Mattie Lennon relates the latest updates in Valleymount stage and theatre events, and applauds Paul Carroll who is diligently trying to get funds to restore his alma mater. Rod Cohenour's column has an interesting concoction of chicken and pineapple he calls Heinz 57 Polynesian Chicken for his meal of the month.

Melinda Cohenour (Armchair Genealogy) dedicates her column (which is a poem her first ever composed) to the Bethany Fire Department who came to her rescue exhibiting care and efficiency in their aide, which explains why she doesn't have anything about genealogy for July.

We appreciate Michael Craner, our co-founder and the webmaster who keeps us in our place in order to bring you the eZine each month. Thanks again, Mike!


See you in August! 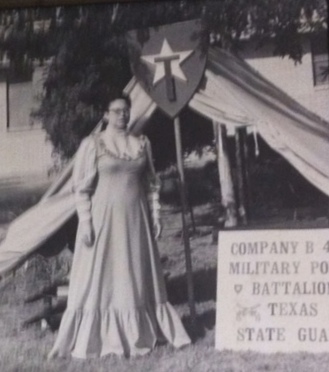