By Bud Lemire
In 1960, my life's story began on Earth
It's been quite a journey, beginning with my birth
I lived on South 12th street, until I was three
Then for 39 years, 222 North 14th Street is where I'd be
I lived just a block behind Ernie's Party Store
This is where I'd learn so much more
Growing from a kid into a man
Learning from life's journey, the best I can

Our little friend named Toby, and genealogy,
My introduction to computers, and all it could be,
Pen Pals, letters sent almost everywhere,
Became close friends, they loved to share
The CB Radio, 10-4, you got a copy on me?
Poems that I wrote, for all to see,
My Spiritual Journey, of all that I could be
Awakened inside, and it was flowing free.

A trip to Quebec, to my ancestor's home
The first time away, and I was alone
The passing of my Mom and my Dad
Two brothers too, which was really too bad
A trip on the Greyhound, to Washington State
I found myself a woman, she became my mate
It didn't work for her, it ended in two thousand and four
Back in Escanaba, I opened a brand new door

I helped Bob the Quadriplegic, for twenty one years
Before that, the Goymeracs, I conquered many fears
I was a dishwasher at Classmates, later it burned down
At a Halloween Party, I played the clown
Into the Harbor Tower, on Mom's birthday in July
Met a friend named Loretta, and then time passed by
Personal Care Services, Community Action Agency
Then a Senior Companion, is what I came to be

Picking wild peas on Aronson Island, by the shore
A life long friend, Basil, who could ask for more
That's my life in a Nutshell, so I shall stop here
Read more, in the life story of Bud Lemire

Yes, I am working on my Life's story. At least as far
as I can go up to the present. This poem wasn't in
order of the events happening, and not everything is
in it, but much of it will be in the story itself. 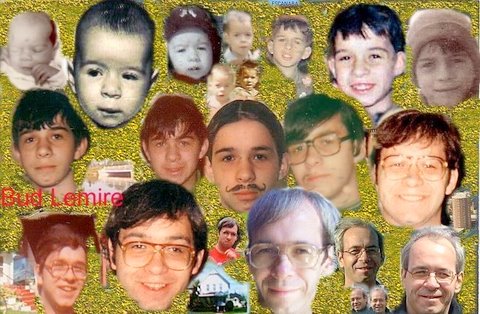