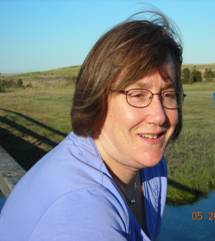 Dear God and to my Angels too,

Yesterday I had the privilege of going for a mammogram. I was up early that morning. I got ready for the day, and then went to drive to the hospital, where the mammogram was to happen. I got to the test office, sat down, and waited my turn.. My name was called and I had some paperwork to fill out… One of the parts of the paperwork, was a cancer risk assessment. I filled it out, to the best of my ability and then returned the paperwork, to the desk. I was finally called in to change into a Johnny to prepare for the test. I was called in to the area, where that machine was located. I went in a little nervous, but I really was fine, for the most part.

As the technician was preparing me for the test, and moving the machine and my body parts, to her specifications, she was finally ready to take the picture. I couldn’t help but notice how truly painful this was for me. Each picture and movement became painful as I was being put into all kinds of different movements and direction. Finally at one point I was put into a position where the movement of the machine causes such excruciating pain, that I screamed out in pain very loudly. It hurt so much.

The technician said, “I didn’t move it that much.”

I said, coming close to tears,”oh yes you did’ I was so upset, I was shaking…

The technician then said, “You have two more slides to do.”

I thought in terror OMG ! I went through process like a robot…. Just wanting to get this over with. She finished and said I could get changed… So I changed as fast as I possibly could muster up…

As I opened the curtain, the technician said “Let’s go over the Risk Assessment.” We went over the risk assessment and I could finally leave. I was so relieved to leave the torture chamber.. Holy Heck.. That was horrible… I kept thinking that this test was invented by a sadistic man who hated women. I felt so violated and a bit angry too.

As I was driving home I kept thinking there is a better way to get tested for breast cancer….. I found out later there is something called thermography. It’s more powerful and much less painful. I later found out that thermography is used only if something has been found in the breast first…

So then I got to thinking that it’s a bit unfair that not everyone can get themography initially. I have heard so many times that spots or lumps are not always spotted on the regular mammogram tests.. That a lot goes unsuspected.

I am pretty sure it has to do with the insurance companies and how they decide which patients will receive the thermography test and who won’t receive it.

Since I was so upset about this test, I asked my angels what I am supposed to learn from this procedure and this is what I heard:

“As far back as 50 years ago, many women were dying of breast cancer, because technology had not developed any type of standard evaluation . Today there is a standard and there is a lot of education concerning women and breast cancer. It’s not perfect and you pointed that out very clearly. There is a lot of testing going on, in many labs, of how to do the best for women who are receiving mammograms. We feel that there will be improvements. Consider yourself lucky that you live in an area of the world where detection of breast cancer is a yearly occurrence. There are so many areas of the world that there isn’t any sort of testing for detection of breast cancer. Yes, it’s painful at times, but it is individual because of body size and type. In the big picture of your daily life, it is but a few minutes, in which you may have to endure some pain. There are improvements being made each day and soon you may find out about them. We don’t know when or how, but we do know there is research going on.

The mammogram is saving many lives and this you have known, this is a fact. There are people in your life who have been tested and have had a diagnosis of breast cancer. They are alive today because of the mammogram. Even if this test is difficult for you to endure, know that it is a life saver and the mammogram is helping many today and it is also saving YOUR life...”

I believe the angels gave me a royal telling off in a kind and loving way. They have asked me to be grateful; reminded me that there are parts of the world where this test is not present. I believe they are correct in saying this. I am definitely grateful that I live where I live, and also I am grateful for what the universe has provided for me. What sort of things are you grateful for today in your life…. I have said this a few times I think in articles, and that is to make a list of what you are grateful each day for a month. Start with a list of ten things each day, for a week then increase by 2 each week. You will be amazed what there is to be grateful for in your life.