How Do You Pronounce Lyreacrompane?

We’ve had visits from Queen Elizabeth, David Cameron and Barack Obama but now it’s time for the highlight of my social calendar. By the time you read this I expect to be at Listowel Writers’ Week. It’s been opened, this year, by Jimmy Deenihan T.D. who is now Minister for Arts, Heritage and Gaelic Affairs.

At the first Writers’ Week in 1971 Bryan McMahon advised that, for its continued growth, it, was important that the organisers should not forget their roots and should foster a democratic spirit. Or as he put it, “Keep one foot in the cow dung.” His advice was taken on board; one thing you won’t find , at Writers’ Week, is a snob. I have many happy memories of Writers’ Week. One in particular stands out.

It was the Wednesday after Writers’ Week in the mid eighties. I went into Lynche’s Coffee Shop in Listowel with my wife and young son. There was one other customer there; a talkative Kerryman, with a lived-in face, smoking a Meerschaum pipe. The soft tweed hat, good quality casual apparel and general demeanour spelled cosmopolitan.

The voice I recognised from Radio Eireann. I had fallen in love with the compositions of Sean McCarthy, singer, songwriter and raconteur when first I heard an off-key rendition of Red Haired Mary after- hours in a West Wicklow pub Now, having met the man face to face I wanted to do something to further promote his work.

I compiled and presented a programme, The Songs of Sean McCarthy which was broadcast by RTE Radio One. In the course of research I learned that he left home at 14 and walked to Limerick to join the Irish army. He was, of course, turned down.

He was later conscripted into the British army and became, in his own words, a “reluctant soldier.”

He ran the Crubeen Club, at Clapton Junction, in London, worked on building sites, sang, told stories and wrote 164 songs. And when he got married, aged 48, he described himself as a “Happily-married bachelor.”

I unearthed the stories behind the now familiar songs, most of them sad. (Euin McColl once asked him, ”why does somebody have to die in all your songs.?”)

In Shame Love In Shame was written to try and rid himself of the anger brought about by society’s attitude to a tragedy in his own family.

The inspiration for John O’ Halloran was a chance meeting with an old toil-worn Kerryman in the Mother Redcap in Camden Town.

"The Key Above The Door", Encompasses the titles of the works of Maurice Walshe with whom Sean shared a profound sense of place. Maurice said " A place acquires an entity of its own, an entity that is the essence of all the life and thoughts and grief's and joys that have gone before." And Sean was in total agreement with that sentiment.

Shanagolden, written in a Manhatten high-rise apartment was a story heard in a Limerick field 25 years before.

Researching the life, times and work of the man who described himself as, “a Kerry bogman, who couldn’t spell, typed with one finger and had no idea where commas went,” created a mountain of source-material.

So, through a mixture of ignorance, arrogance and a genuine desire to see the life and works of Sean McCarthy portrayed on the stage I wrote a play called And All his Songs Were Sad. If I were to say, “ It lay in a drawer for years,” that would sound plausible . .. if clichéd. The truth is I sent the script to countless theatre companies . . .until . . . I got an email from the Pantagleize Theatre Company in Fort Worth, Texas to say they were putting on the World Premier of “my play” to launch their European Master Series on 20th March 2010 and later they ran it from September 16th to October 03rd..

My script, including stage directions, must have been all right, because I only got one trans- Atlantic phone-call during rehearsals. It was from Richard Blake, the Technical Director; a Texan actor had asked him how to pronounce “Lyreacrompane.” 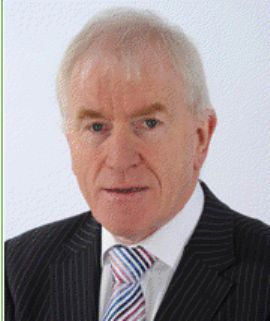