Our Own Story
By June Hogue
When my oldest son, Rex, was in the 3rd grade he had a lovely teacher whom he adored. Having a July birthday, Rex was one of the youngest, (if not the youngest, in 3rd grade that year) and I had already had my doubts about his maturity level for moving on from 3rd to 4th grade but his lovely, kind and loving 3rd grade teacher persuaded me that, after all, he knew the material in 3rd and should be given the chance to move on. Rex was a very gentle, quiet, kind and tenderhearted little boy who got along with everyone---but he was a daydreamer, extremely slow with fine motor skills so completion of written work was difficult for him. Orally, he did well. At home, I supervised his work and was insistent that he complete the work and stay on task. He knew better than to test Mother! So the next school year …we began the 4th grade…
He was assigned to a 4th grade teacher (that I was so hoping he would not get!) who was a very poor teacher in my estimation, and very impatient with children! She was the proverbial “old maid, school teacher type”… demanding and severe with her students , but she had been in the system for several years and would stay, of course.
At the end of the first 6 weeks his teacher told me that Rex was really very slow to do his work. I explained that I had tested him and knew that his fine motor skills were slow and he simply could not work faster even IF he stayed on task. She was one of the old school teachers who did not believe in students being evaluated or referred for special help of any kind…no concessions could be made! She had no concept of learning problems---students were either “dumb or smart and that was all there was to it!” As a fellow teacher at that school, she did not argue with me but as time went by I could tell that she thought that Rex was capable of 4th grade work and that he was just either lazy or obstinate, but I knew better!
My husband and I discussed it and I said, Rex is quite immature in comparison to the other 4th graders and I think that possibly holding him back would do him a world of good. Shortly thereafter, his teacher assigned the students the task of memorizing the poem IN FLANDERS FIELDS.
When Rex brought the assignment home my first reaction was “This is such an adult poem—too emotionally loaded and mature for a 4th grader…much less for Rex!”
So, I thought I had better go over it with him first---and try to prepare him for it.
We read it and I explained it in simple terms but I could tell that he was on the verge of tears.
In Flanders fields the poppies blow Between the crosses, row on row,That mark our place; and in the sky
The larks, still bravely singing, flyScarce heard amid the guns below.
We are the Dead. Short days ago
We lived, felt dawn, saw sunset glow,
Loved and were loved, and now we lie,
In Flanders fields.

Take up our quarrel with the foe:
To you from failing hands we throw
The torch; be yours to hold it high.If ye break faith with us who die
We shall not sleep, though poppies grow
In Flanders fields.
So, as soon as Rex began to read it to me he said “Mommy, why did those men have to die?” There were big tears in his eyes and line by line I went through the poem with him and explained what it meant. Rex just could not understand why so many had to die---having had no experience with death or war these were very emotionally threatening thoughts to him. He could not get past that first line without weeping and again, when we got to the next lines highlighted in red, he just “fell-apart”.and could not go on. Although he quickly memorized the poem, he really did not understand it and certainly was not ready to deal with it emotionally.
His teacher had given the class 3 days in which to memorize the poem and the test was to consist of each student individually standing up in front of the class and reciting the poem! It would count heavily on their 6 weeks grade in the class. Rex tried so hard—he wanted so much to do well, but emotionally he could not say it aloud without breaking down and crying. My heart ached for him…this super sensitive child did not need to be made to do public speaking of this nature at his age! He could write the poem from memory…why not be allowed to do that! But the teacher was insistent that this was her requirement and Rex must do it. At the end of the 3rd school day Rex came to my room in tears and told me that he could not say it. I marched down to that teacher’s room hoping to help her understand the stress that it place one Rex emotionally. The first thing the teacher said was “He gets an ‘F’ today because he did not say his poem!” I tried to explain to her that he could write it for her…he had it memorized---but asking him to stand up in front of a group and say it without emotionally falling apart was unfair to a very sensitive child. She cattily said “He may not pass this year ! He doesn’t complete his work on time and of course, today—he simply failed the test! He does not deserve any special consideration!” My decision was made…with sudden resolve I looked at her and said: It does not matter—I am going to hold him back anyway so I do not care if he never completes another task again in your classroom this year…he can do 4th grade over next year—but NOT under YOUR tutelage ! I do not want him to be ostracized or criticized by you or anyone else for not doing his work—he will repeat the 4th grade next year!” She answered “Well, it is not necessary—he could do it if he wanted to!” and I responded “You just keep on believing that---but he WILL repeat 4th grade next year because I am holding him back!
That evening my husband and I sat down with Rex and explained to him that we did not feel his teacher had been fair to him and we wanted, more than anything else, for him to be happy in school, so we had decided that we were going to let him repeat 4th grade and the rest of the school year we would not worry a bit about whether or not he completed ALL of his work ---we just wanted him to do the best he could and that was that! You have never seen such a look of relief as was on that little face. I think Rex knew that he could not compete with the older students. Perhaps Mommy and Daddy had sheltered him so much because he was such a sweet and sensitive child…but we were going to have to let him grow up!
Just before the end of the school year, as luck would have it, I was told that I would be assigned to the Jr. High level for the next school year and an elementary school just happened to be across the school yard from that Jr. High. I knew the principal well and he allowed me to choose the teacher I wanted for Rex—someone who was very gentle with children. He repeated 4th grade under a very gentle teacher who was somewhat grandmotherly with the kids and Rex began to feel more relaxed about school and to improve in work completion and task performance with fear of severe reprimands. It was time to move on to 5th grade! I requested a special teacher for him --Sally Grantvedt--…someone I had known a long time and knew her teaching skills well! Sally was loud, demanding, creative and very innovative! Just what Rex needs now, I thought…someone to push him when he needs a push, someone to inspire the creativity I saw in him and someone who could be gentle as a dove when need be! That was Sally Grantvedt as I knew her and it was the turning point for Rex. He simply blossomed under Sally’s teaching and did very well with no further problems throughout his academic career! After 45 years Sally was and still is his acclaimed all time favorite teacher! But even today, when I read IN FLANDERS’ FIELDS, there is a dull ache in my heart as I recall a little boy who could not relate to the horrors of war and the sadness of death as he tried to repeat “In Flanders Fields the poppies blow…between the crosses row on row…..”
It is with gratitude that I give to Sally Grantvedt the credit for inspiring a young boy to become an achiever , an enthusiastic writer and, in time a successful Attorney. 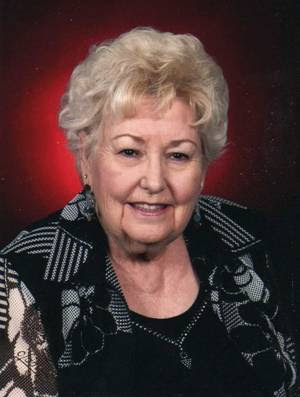