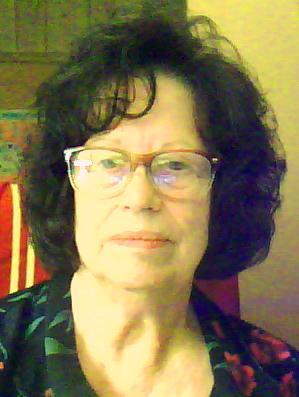 "Faith includes noticing the mess, the emptiness and the discomfort, and letting it be there until some light returns." - Anne Lamott.

Noticing the mess is the easy part, the emptiness is what makes everything different now. We do have some good news to share with our readers, especially those who are fans of Phillip Hennessy. He recently messaged us "Mary, I have wonderful news..! Remember "Spiritual Cobwebs"...? Well, just as you predicted...it's going to be a song..! A band called Aretey in Holland have chosen that poem as lyric for a song they are currently recording. They already have four of our poems on an album..."Breathe", "Dancing in the Moonlight", "Mystery", and "The Play" ...LINK How exciting is That..?"

Phil has three poems in this issue, "Author," "The Past, The Future, The Now," and "The Road." Wendy Shepard-Kalan also has three:"Beautiful People," "A Dove's Constant Call," and "You Don't Like Me." She said her 'muse' had been on vacation, but when asked if she had any of her wonderful work, it inspired her anew. Well, would have asked sooner had we known that would help. Smile.

Another poet we welcome back wholeheartedly is MJMansfield aka FireEagle. His poems "Beast" and "Darkness" make you ponder, but remember, he is among the best for surprising finishes. Bruce Clifford, our other song writer poet has three poems, "Gold Dress," "Look Into My Eyes," and "Many Lifetimes." Your editor adds a poem inspired by a question by one of her granddaughter's who was interviewing her for one of her homework assignments, "On Dusty Mars." She asked where my ideas for writing came from and I replied from all around, people or news events like say, the robot collecting samples on Mars right now.

The two articles for March are "Memories by June-I Remember Pyote," by June Harper Hogue and "Flying foxes drove me batty!" by Eric Shackle whose namesake column is a regular treat. The articles are loosely aligned since June's is about the former 'Rattlesnake Momma' air base. The Monahans in her article is where your editor still resides, but with the current oil boom, it is once again growing and full of people.

Peg Jones (Angel Whispers) shares a personal incident where the angels helped her gain perspective, and Thomas F. O'Neill (Introspective) discusses the resignation of the Pope. Andrea Abernathy gives us a 'green' recipe as she carries on her grandfather's column "Cookin' With Leo" while Mattie Lennon (Irish Eyes) introduces a different and dazzling way to honor those loved ones we have lost.

We have added another chapter in the adult fantasy with rabbits by Mark Crocker "Rabbo II, Chapter 12-Alliances." Previous chapters of this tale can be accessed by clicking the author's name.

See you in April! Once more we remind our loyal readers that without our co-founder and webmaster Michael Cranner, we would not have been able to bring you the past fifteen years of issues. Thanks again, Mike.