Always Looking: People Who Made A Difference XI

Whitney Moore Young, Jr., Executive Director of the National Urban League for the critical decade of the 1960s, was born in Kentucky in 1921 into a family of educators. After college in 1944, Young joined the Army and found himself in an all-black regiment with a white captain. Often he mediated between the captain and the troops, defusing racial tension and cultivating his eventually legendary skill as a "powerbroker" between whites and blacks. He later said "It was my Army experience that decided me on getting into the race relations field. Not just because I saw the problems, but because I saw the potentials, too."

While studying social work at the University of Minnesota, Young was introduced to the Urban League. Accepting a position as executive secretary of the Omaha Urban League, he taught at the University of Nebraska and Creighton University. The opportunity to become directly involved on the civil rights battlegrounds of the South arrived when he became dean of the Atlanta University School of Social Work. Young enlarged the faculty and the budget, created additional training programs, and reshuffled the leadership.

In 1960 Young received a Rockefeller grant at Harvard University; in 1961 he accepted the presidency of the National Urban League. He revolutionized the League’s inner workings, tapping funding sources like the Rockefellers. The League’s budget increased tenfold, the staff quadrupled, and the number of regional offices increased 50%. In 1963 when the League was asked to support the March on Washington, the League's board members perceived the March as radical; but Young convinced them the League's influence would actually serve to neutralize the radical elements. The League emerged successfully at the leading edge of the civil rights movement.

In a New York Times magazine article, Young pointed out that the average white family earned more than twice as much as the average black family and observed, "For more than 300 years the white American has received special consideration or 'preferential treatment'... over the Negro. What we ask now is that for a brief period there be a deliberate and massive effort to include the Negro citizen in the mainstream of American life." As Executive Director of the Urban League, Young devised the Domestic Marshall Plan, which provided the conceptual basis for many of the Johnson Administration's anti-poverty programs. In 1969 he was awarded the highest civilian honor, the Medal of Freedom.

Young wrote two books: To Be Equal and Beyond Racism, in which he developed his vision of an open society. He envisioned a pluralistic society, not simply an integrated one, that would thrive on ethnic and cultural diversity, and ensure economic and racial justice.

When the Youngs moved to Atlanta, they were the first black people to join the Unitarian Universalist Church there. Young asked the minister, Ed Cahill, to help him on the Greater Atlanta Council of Human Relations. The two of them, with the rest of the Council, brought about the desegregation of the airport, the public library and eventually the public schools.

After Young was chosen to be National Director of the Urban League and the Youngs moved to Rye, NY, they joined the White Plains Unitarian Church. In March 1971, while attending a conference in Lagos, Nigeria, Young died of a heart attack while ocean swimming. His funeral was held in New York’s Riverside Church and attended by an estimated 4,500 mourners, with hundreds more standing outside. Afterwards the White Plains Church held a memorial service, which Ed Cahill came to conduct, along with Bob West, then President of the Unitarian Universalist Association. 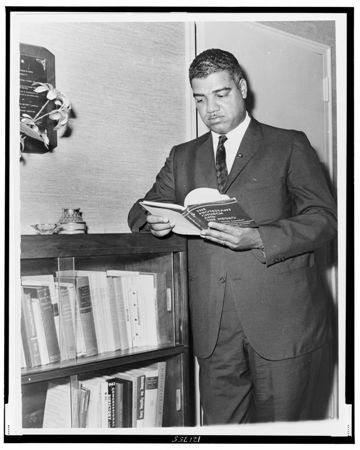 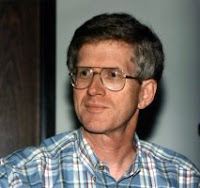 Compilation by John I. Blair