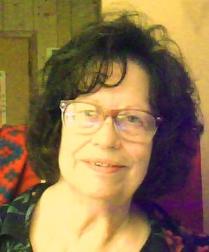 "You have to walk carefully in the beginning of love; the running across fields into your lover's arms can only come later when you're sure they won't laugh if you trip."--Jonathan Carroll.

Valentine's Day is the one big poetic day in February and no one even mentioned it. Well, there are a few love poems, but no one named the event. Who can recall the excitement of the younger kids when they were allowed to decorate their own 'classroom mailbox' in which other classmates would drop their self decorated and designed missives for love 'forever' ?? Creative uses of crepe paper, ruffling it, cupping it, fringing it, added to the distinctive mail boxes. Construction paper and lacy cutouts and pasted on cut out hearts and flowers, sometimes the little heart shaped candies with valentine slogans on them, added to the originality of each Valentine. Perhaps you participated in such schoolroom activities and fondly remember them.

Were you also active in school sports and/or cheerleading? If so you should enjoy the really Valentine type Tale of "Together Forever" by Cayce Shelton. He wrote for us awhile back and you can find his previously published tales by clicking his name for his bio.

Martha A. Bradley sent along the poems "Eternal Love" and "An Eternal Birthday Wish," while Bruce Clifford chose to present "Gone Are the Days" and "Magnetic Energy." John I. Blair's three poems for February are "Lines," "Sneaking A Peek," and "Another Egret Poem." Bud Lemire, whose birthday was in January, got into a composing mood and these five poems are included this month: "The Imaginative Genius of Terry Goodkind," "Donna, A Caring Soul," "What You Hear, What You See," "An Everlasting Touch," and "Life is Your Classroom."

Columnists in this issue are Eric Shackle (Eric Shackle's Column) wonders what is truth about how Lamingtons really appeared in Australia; Mattie Lennon, (Irish Eyes) lauds a delightful sounding new television series in Ireland that is not just for children though it is in animated form. Michael John Fierro (By the Numbers) tells how we have challenges that numerology helps us define and holds the key to overcoming them. Thomas F. O'Neill (Introspective) in China, discusses some of the advancements in technology the scientists there are making.

Peg Jones, who has been with us a few years now finds her time is being in demand elsewhere more frequently and is taking a sabbatical from doing her "Angel Whispers" in Pencil Stubs Online. Her column explains and indicates how some of her time is going to promote her book. Peg will be welcomed when she finds time to return to doing a regular schedule.

John I. Blair's column "Always Looking - People Who Made A Difference XIV, features John Muir, with one of the six pictures showing him with President Theodore Roosevelt with a backdrop of some of the rugged terrain of Yosemite. That area and other national sites became protected parks largely through the advocacy of Muir. Blair chose the pics used but if you follow the links provided many more are viewable including a few of a younger, very handsome John Muir.

As a treat, we present an Encore Column by the late Leo C. Helmer who loved entertaining folks with his dialect style writing and truly workable recipes. His cooking columns were a monthly treat and even non-cooks enjoyed his hilarious tales about the origin of the recipe. Enjoy, as this will not be a regular addition to the table of contents, but perhaps appear from time to time.

As this new volume kicks off with this issue, we again thank Mike Craner, webmaster extraordinaire, for his insights and patience with keeping us going. We thank all our authors and look forward to continuing our association. It is a joy to know that many who started out publishing in our ezine have become published book authors. Both experienced and beginning writers find Pencilstubs a good vehicle for finding and keeping their audience.

We will be seeing you in March right here in Pencil Stubs Online!